Beyond The Dark Horizon

Beyond is a new-ish ‘publication of green anarchist art, poetry, stories, rants from ‘so called-Australia’: We are in a new epoch of breakdown. What will it mean to not have a horizon … to have no map of how to act … to have only shifting sands to cling to and be in a world radically different than that of the last 10000+ years? What does green anarchy mean today? 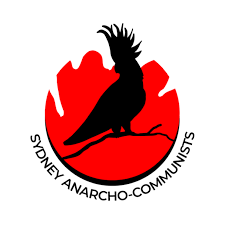 The Sydney Anarcho-Communists is a relatively new group of ‘libertarian socialists’ who meet regularly and have published two issues of a bulletin. Read more via red and black notes.

The Workers Solidarity Initiative was founded on 22 May 2020 with the aim of establishing a section of the International Workers Association in Pakistan. WSI is an initiative of the Asia-Pacific Sub-Secretariat of the IWA. The WSI is currently trying to raise funds to print an Urdu translation of Rudolf Rocker’s text on Anarcho-Syndicalism: Theory and Practice, and a gofundme has been established for that purpose.

I live in Melbourne, Australia. I like anarchy. I don't like nazis. I enjoy eating pizza and drinking beer. I barrack for the greatest football team on Earth: Collingwood Magpies. The 2021 premiership's a cakewalk for the good old Collingwood.
View all posts by @ndy →
This entry was posted in Anarchism, Media and tagged Alpine Anarchist Productions, Beyond The Dark Horizon, Sydney Anarcho-Communists, Workers Solidarity Initiative Pakistan. Bookmark the permalink.