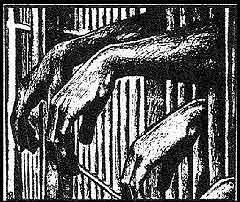 New York Indymedia journalist Brad Will was murdered by the Oaxacan regional government in Mexico late last month, and you can read a short tribute by imprisoned videojournalist Josh Wolf here. Josh himself is a political prisoner in the United States:

Josh Wolf, freelance journalist and independent videographer, is currently in “coercive custody” at the Federal Detention Facility in Dublin, California. He has never been charged with any crime. Wolf was incarcerated for contempt earlier this year after refusing to provide a Federal Grand jury with unedited video of a 2005 G-8 protest in San Francisco. His incarceration is virtually unprecedented for a journalist refusing to give information to a Grand Jury. It is widely believed he will likely become the longest held journalist in U.S. history.

Which is not long enough to interest the Australian media, apparently.

I live in Melbourne, Australia. I like anarchy. I don't like nazis. I enjoy eating pizza and drinking beer. I barrack for the greatest football team on Earth: Collingwood Magpies. The 2023 premiership's a cakewalk for the good old Collingwood.
View all posts by @ndy →
This entry was posted in Anarchism, Media, State / Politics, War on Terror. Bookmark the permalink.