Religion is the sigh of the oppressed creature, the heart of a heartless world, just as it is the spirit of a spiritless situation. It is the opium of the people. 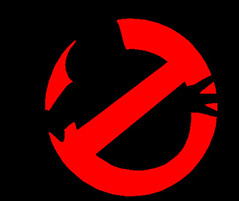 Some French bloke — oh alright, philosophe — called Michel Onfray has written a book called Traité d’Athéologie (Grasset, 2005), to be published in English early next year as Atheist Manifesto: The Case Against Christianity, Judaism, and Islam. Doug Ireland has written an introduction to Onfray’s work for the journal New Politics (Vol.10, No.4, Winter 2006) and you can read it online.

A radically libertarian socialist, a self-described “Nietzschian of the left”, Onfray’s philosophical project is to define an ethical hedonism, a joyous utilitarianism, and a generalized aesthetic of sensual materialism that explores how to use the brain’s and the body’s capacities to their fullest extent — while restoring philosophy to a useful role in art, politics, and everyday life and decisions. All this presupposes, in Onfray’s philosophy, a militant atheism and the demasking of all false gods…

I reverse the phrase of Voltaire, and say that if God really existed, it would be necessary to abolish him.

— Mikhail Bakunin, God and the State

I live in Melbourne, Australia. I like anarchy. I don't like nazis. I enjoy eating pizza and drinking beer. I barrack for the greatest football team on Earth: Collingwood Magpies. The 2021 premiership's a cakewalk for the good old Collingwood.
View all posts by @ndy →
This entry was posted in !nataS, Anarchism, State / Politics. Bookmark the permalink.