Channel Nine’s reporter on the story in the 6:00pm news relied heavily on the story as told by Sanders’ attorney, calling the case ‘weak’ and all but declaring Sanders innocent. I do wonder if 5 brown boys had been caught with the same articles as Sanders and his mob are alleged to have had, whether they would have been bailed.

And just two months ago, this happened:

In the early hours of November 8, some 400 police cordoned off streets in suburbs across Sydney and Melbourne. With helicopters hovering overhead, heavily armed officers made 17 arrests. One suspect allegedly opened fire on police before they shot him in the neck. He was rushed to hospital.

According to police, the arrests were part of a national operation, which had been underway for at least 18 months, to avert an alleged large-scale terrorist attack. It is all pretty dramatic stuff and, thanks to the media being tipped off, it immediately hit TV screens and newspapers around Australia and the world. 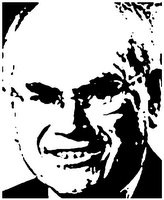 The media presence at the raids was an essential component of an operation that was suspiciously timed only six days after PM John Howard announced that a terrorist attack was imminent. Given the government’s pending new “anti-terror” laws, his claim was met with scepticism by much of the population. Furthermore, the raids took place the day before the government’s deeply unpopular industrial relations legislation was passed through parliament and Howard’s approval rating plummeted to its lowest level since 2001.

Paul White, coordinator of Muslims for Peace in Sydney, said in a November 10 statement: “The authorities admit that they are unable to prove that the accused Muslims were planning an actual terrorist attack. It is also admitted that they have been watching the arrested Muslims and their families for no less than two years. This surely must strengthen our suspicions that the timing of the raids was decided by only one consideration: to ratchet up the community’s fear of Muslims and terrorism, in order to help it push the new ‘anti-terror’ laws through parliament.”

Keysar Trad, founder of the Islamic Friendship Association, witnessed the aftermath of one of the raids. He told Green Left Weekly: “I was called by the media to do an interview on the scene. One reporter told me that he was alerted as early as 3am. I did not see the conduct of the raid, but I did see police still there.

“I have since been able to speak to members of the family whose mother suffered a heart attack as a result of the raid. The mother is still in a dangerous condition.”

Trad believes that the decision to tip off the media “is the greatest indication that [the police or government] did not take the threat seriously … that there were theatrics involved. If they genuinely feared this group, it would not be logical to expose media and neighbours to a possible cut-and-run terror attack.”

Nine Melbourne men were charged with being members of a terrorist organisation, not with conspiring or carrying out terrorist offences. The charge nevertheless carries a penalty of 10 years’ jail. A tenth Melbourne man was apprehended in Sydney on November 10 and faces the same charge.

Defence lawyer Rob Stary, representing eight of the nine arrested in Melbourne, told the media on November 8 that the assertion of “some imminent risk or imminent threat, that’s not reflected in the charges or the evidence so far as these nine accused are concerned”.

Contrary to police claims, the magistrate hearing a bail application for two of the men in Melbourne on November 9 said that evidence put before him established no link between the men in Sydney and Melbourne.

In Sydney, eight men were charged with conspiring, on May 1, to do an act in preparation for, or planning, a terrorist act — namely to manufacture explosives. A quantity of peroxide and acetone were allegedly recovered during the raids. 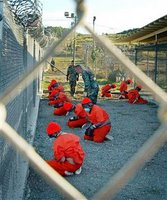 Adam Houda, the lawyer representing the nine Sydney men, told ABC radio on November 10 that he faced a two-month wait for a brief of evidence. “All we have is the allegations, a summary, a fact sheet from the prosecution which really doesn’t tell us that much … The prosecution cannot tell us when this terrorist act was to occur, or where, by whom, or anything like that.

“Their investigation went for 18 months, they tell us, and on the first day of court we were informed that they require up to 10 weeks to serve us with a brief of evidence, and that’s far from satisfactory.”

Referring to Howard’s announcement that Muslims should be reassured they are not being targeted, Trad told GLW: “Muslims are feeling under greater siege than ever before. Some young Muslims are even afraid to identify with their faith. The saturated coverage and the racist, intolerant attitudes of some tabloid journalists have exacerbated the situation to highly volatile levels.”

The presumption of innocence has not featured in the media treatment of these arrests. “Those arrested have already been found guilty by tabloid journalism and some official and unofficial spokespeople”, Trad said. “Headline-grabbing comments like ‘terror plot foiled’ and ‘catastrophe averted’ imply proven guilt rather than a presumption of innocence …

“People seem not to care about the rule of law, they have presumed guilt and the matter is finished, like some medieval kangaroo trial through public opinion. I do have confidence that the courts will have much to say in relation to this fiasco; the defendants have very capable legal representation.”

The Australian Muslim Civil Rights Advocacy Network is also deeply concerned about the presumption of guilt of those charged, adding in a statement: “We are very concerned about the politicisation of the events and that politicians and police are making statements that might possibly jeopardise any opportunity of a fair trial.

“When police say things like ‘these people are followers of bin Laden’, or that ‘we have now stopped a major terrorist attack’, it is not helpful. These statements … assume guilt and … promote fear in the community.”

Those arrested knew they were under surveillance. Several were the subject of ASIO raids in June.

“The raids and arrests have been milked for what they are worth. For this milking to be successful, they had to demonise a beleaguered community again”, Trad explained. “These raids have distracted us from three very important and crucial debates that determine the fate of the country … industrial relations, welfare and civil liberties. Let us just hope that the public does not forget the other fiascos and that we can leave the issue of terrorism to the courts and get back to our real bread-and-butter issues.”