Mike sez, “Bob Altemeyer’s excellent book ‘The Authoritarians’ is online in full pdf format. It’s a result of 30+ years of research into what he calls ‘right-wing authoritarianism’- right in the sense of ‘might makes’ rather than ‘opposite of left’. It’s a fascinating explanation of how the minds of this subset of the population works- or in some cases, fails to: how they are able to assiduously apply double standards, fail to notice inconsistencies in their beliefs, justify abominable behavior, etc. Somehow, knowing that these people really, truly, can’t reason in the same way the majority of us can makes them a little less irksome, if not less frightening.”

I’ve read a couple chapters, and he’s a funny and engaging writer who seems to have a lot of experimental evidence to present. Good stuff. 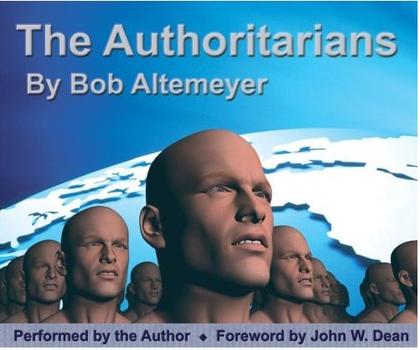 The second reason I can offer for reading what follows is that it is not chock full of opinions, but experimental evidence. Liberals have stereotypes about conservatives, and conservatives have stereotypes about liberals. Moderates have stereotypes about both. Anyone who has watched, or been a liberal arguing with a conservative (or vice versa) knows that personal opinion and rhetoric can be had a penny a pound. But arguing never seems to get anywhere. Whereas if you set up a fair and square experiment in which people can act nobly, fairly, and with integrity, and you find that most of one group does, and most of another group does not, that’s a fact, not an opinion. And if you keep finding the same thing experiment after experiment, and other people do too, then that’s a body of facts that demands attention. Some people, we have seen to our dismay, don’t care a hoot what scientific investigation reveals; but most people do. If the data were fairly gathered and we let them do the talking, we should be on a higher plane than the current, “Sez you!”

The Authoritarians (Thanks, Mike!) [Thanks, L!]

I live in Melbourne, Australia. I like anarchy. I don't like nazis. I enjoy eating pizza and drinking beer. I barrack for the greatest football team on Earth: Collingwood Magpies. The 2021 premiership's a cakewalk for the good old Collingwood.
View all posts by @ndy →
This entry was posted in Anti-fascism, State / Politics and tagged Bob Altemeyer, The Authoritarians. Bookmark the permalink.