From the Department of Fear of a Punk Planet: 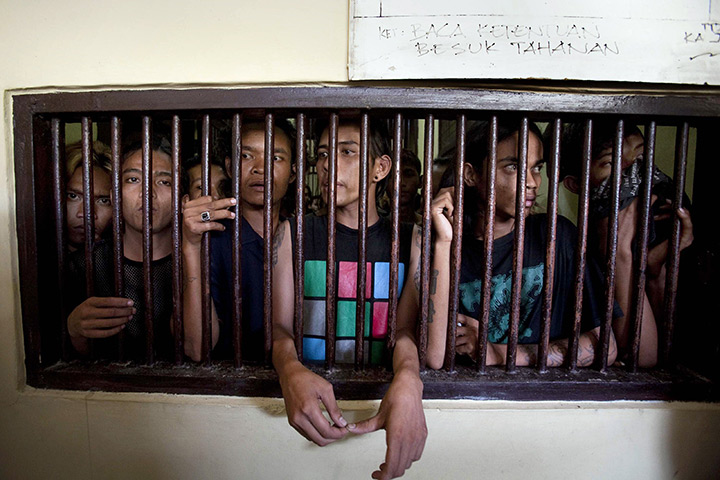 State authorities in Aceh in Indonesia have (again) declared war on punk, arresting 64 at a gig, shaving their heads, removing their clothing, and forcing them to attend a camp for ‘re-education’.

(And on the other hand…)

In the meantime, real crimes are being committed in Lampung and Kulon Progo.

I live in Melbourne, Australia. I like anarchy. I don't like nazis. I enjoy eating pizza and drinking beer. I barrack for the greatest football team on Earth: Collingwood Magpies. The 2023 premiership's a cakewalk for the good old Collingwood.
View all posts by @ndy →
This entry was posted in Music, State / Politics and tagged 100% Two Fingers in the Air Punk Rawk!, Aceh, Anarchy is a fag, Indonesia. Bookmark the permalink.