Let’s invite the CIA too!

Why not honour those friends of freedom who fought communism, suggests Peter Coleman? 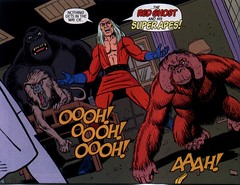 I HAVE a modest proposal for an academic conference. It was prompted by Imre Salusinszky‘s report in these pages yesterday on a seminar last week in Melbourne on Soviet and Australian intellectuals during the good old days of the Cold War, when the lefties were still convinced they were the wave of the future.

[Says Salusinszky: “Australian intellectuals who raved about the Soviet Union get the kid-glove treatment at a Melbourne conference.”]

…Which brings me to Salusinszky’s report yesterday. It discussed the Melbourne Conferences on Soviet and Australian History and Culture, which ran over five days last week at the University of Melbourne. Sheila Fitzpatrick organised them.

No doubt some splendid papers were given by splendid scholars on luminaries such as Katharine Susannah Prichard, Guido Baracchi, Betty Roland, Manning Clark and Brian Fitzpatrick and many others.

It was a celebration of the [pro-USSR, anti-soviet] Left. There were some criticisms. How could anyone begin to think about Prichard without noting her many follies? Some of the pro-communists made clear their unhappiness with some aspects of Soviet life, although they left it rather late in the day.

Even Clark began to voice reservations about Soviet Man towards the end. But none of them would mix it with anti-communists, in the past or now. They were outside the pale. All this makes for a dull conference.

So this is my modest proposal to liven things up. Let us have another conference at the University of Melbourne to which we invite not only the usual lefty suspects, still basically pro-Soviet, but also their critics through the long years of the Cold War.

[Daniel Guerin on ‘soviets’: ‘The point of departure of the Revolution of 1917 was that of 1905, during which a new kind of revolutionary organ had come into being: the soviets. They were born in the factories of St. Petersburg during a spontaneous general strike. In the almost complete absence of a trade-union movement and tradition, the soviets filled a vacuum by coordinating the struggle of the factories on strike. The anarchist Voline was one of the small group which had the idea of setting up the first soviet, in close liaison with the workers and at their suggestion. His evidence coincides with that of Trotsky, who became president of the soviet a few months later. In his account of 1905 he wrote, without any pejorative intent – quite the contrary: “The activity of the soviet represented the organization of anarchy. Its existence and its subsequent development marked the consolidation of anarchy.”] 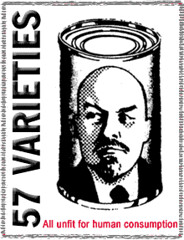 Let’s start with Frank Knopfelmacher. A paper on his life and thought would trace his trajectory from his Marxist youth in Prague and his escape from the Nazis to his return to Prague and his second escape, this time from the communists.

An authority on comparative totalitarianism, his experience, wit and mordant lecturing style would guarantee a stimulating paper. Sam Lipski is the obvious candidate to give it.

Next, a paper on a writer of a different stamp and value system, James McAuley, whose essay ‘On Being an Intellectual’ is the best of its kind in the annals of Australian letters. His odyssey from youthful anarchism to a Catholic anti-communism via Andersonian philosophy and classicist poetry must be absorbing. Tony Abbott is the man for that job.

Then a lively paper on Richard Krygier, who established the anti-communist Australian Association of Cultural Freedom. He kept it going, through the warmth and optimism of his personality and the complete security of his convictions, until the dissolution of the Soviet Union. His son Martin Krygier should give this paper.

Another is Lloyd Ross, the former communist intellectual and trade union leader who broke with the communists over the Hitler-Stalin alliance. Stephen Holt must give this paper.

There are many more anti-communist crusaders. Philosopher John Anderson is one. His uncompromising anti-Stalinist analyses were unique on the Australian Left in the 1930s.

[Anderson’s opposition to “Stalinist” tyranny ‘unique’? I’m not convinced. As a rule of thumb, wherever there were anarchists, there was opposition. And there were anarchists in Australia in the 1920s and 1930s. The fact that these groups and individuals have been (almost) completely ignored may well be attributable to the fact that not only were they anarchists, but wogs to boot. The role of Jim Dawson and the Southern Advocate for Workers’ Councils in the 1940s and 1950s in popularising Left Communism should also not be overlooked.]

James Normington Rawling is another. The Communist Party expelled him because he would not support the Soviet invasion of Finland.

And what about Ken Gee, who has just published his fascinating memoir Comrade Roberts: Recollections of a Trotskyite?

Sheila Fitzpatrick says it would be extraordinarily interesting to bring together the pro-communists and the anti-communists in a conference of this kind.

Yes indeed. So let’s get on with it.

[Peter Coleman was editor of a CIA publication called Quadrant for 20 years during the Cold War.]

Pffft. Unless it includes peeps like Jack the Anarchist, you can count me out Peter. Both the “pro-communists” — read: Communist stooges — and the “anti-communists” — read: right-wing reactionaries — are two sides of the same coin of bourgeois managerialism. 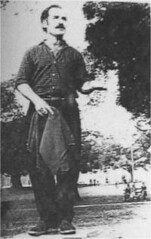 I remember you saying that other than the Sydney libertarians and a few others you found a lot of fear and paranoia amongst Australians in the 1950s?

Selling Freedom at the Domain [where the above photo of Jack was taken] I was faced with the question: “Aren’t you scared of being arrested?” Many would buy Freedom and put it straight in their pockets as if they were pinching something from the shops. The Domain was a very good place. A lot of activities on Sundays. I was speaking from the Rationalist platform. Questioning the communists was one of the greatest fun. I was called a traitor, a fascist and quite often they would call the police and a few times I was removed from the Domain. For the communists anyone who left Eastern Europe was a fascist. Nonetheless I had established a friendship, not without arguments, with a communist, Harry Read, who was expelled from the party because of his criticism of its handling of the Hungarian affairs in 1956. He left for Cuba in 1959 if I am not mistaken. Many of the communists, like Aaron’s faction, were Stalinists.

I live in Melbourne, Australia. I like anarchy. I don't like nazis. I enjoy eating pizza and drinking beer. I barrack for the greatest football team on Earth: Collingwood Magpies. The 2021 premiership's a cakewalk for the good old Collingwood.
View all posts by @ndy →
This entry was posted in Anarchism, Anti-fascism, History, State / Politics. Bookmark the permalink.