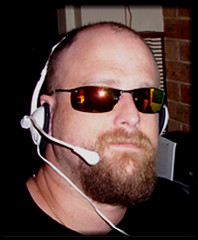 “Not White? Not Welcome!” boasted NetworkWhite.Net, the neo-Nazi website established by a bloke from Adelaide called Colin Campbell* (and David Innes’ choice of webhost).

Now, however, the site is offline — for what reason(s), I’m unsure. It may, perhaps, be related to criminal charges involving the tiny neo-Nazi cult the White Crusaders Of The RaHoWa!™ (WCOTR) for it, too, has disappeared; leaving behind it very little apart from Campbell’s broken dreams…

Now, I could be wrong, but it appears that few others joined Colin’s crusade, and the calibre of those who did says quite a lot about the nature of the ‘Church’. Thus, apart from Adelaide — which is, after all, the City of Churches — and New York, the only other country in which I can find traces of the group is in Aotearoa / New Zealand.

There, three very well-known young boneheads by the names of Dylan Luke Jensen, Brendon Rimmer and Nic Miller apparently thought that involvement in the Church was a really neat idea. 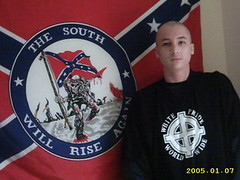 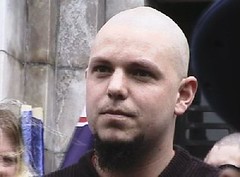 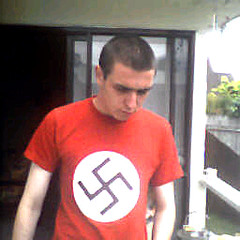 Then again, maybe not.

Of course, not only is the White Crusaders Of The RaHoWa!™ website offline, so too is David Innes’ (“Baron Von Hund”) personal website; the “Aryan Warlords” website; the “Worldwide Aryan Freedom Fighters” website; a collection of posters from the Third Reich; and a small number of other sites which are just as appealing.

In future, I suggest boneheads like Innes choose DreamHost — a company with a proven track record of facilitating the distribution of neo-Nazi propaganda.

*NB. Colin insists that his imaginary friends — Adolf, Benito, and David — address him as the “Reverend Col Campbell 3rd, Komandant WCOTR”; most people know him as a right wanker.

On June 6, the US national archives released some 27,000 pages of secret records documenting the CIA’s Cold War relations with former German Nazi Party members and officials.

The files reveal numerous cases of German Nazis, some clearly guilty of war crimes, receiving funds, weapons and employment from the CIA…

The CIA documents were reviewed by Timothy Naftali, a historian with the National Archives Interagency Working Group, the government body that oversaw their declassification and release. According to an article published by Naftali, the stay-behind program was dissolved “in the wake of public concerns in West Germany about the resurgence of Neo-Nazi Groups.” Specifically, the Kibitz-15 group, led by an “unreconstructed Nazi,” became a potential source of public embarrassment for the US, as its members were broadly involved in Neo-Nazi activity.

The CIA terminated the program by 1955 and arranged for many of its contacts to be resettled in Canada and Australia. According to the documents, Australia provided funds for relocation while the CIA provided its ex-assets with a “resettlement bonus”…

Sadly, you cant trust neo-Nazis these days. The name of the party isn’t Working Peoples but “White Pride” and back in the neo-Nazi chat room – where [“John Streicher”] goes by the name “Creed of Iron” – he told the troops why he’d lied.

Had I said, “White Pride Coalition of Australia”, do you honestly think they would have even bothered reporting on us?
-Stormfront chat room

I don’t know if “lying” is such a great tactic. Considering it is the name of your organisation/group.
-Stormfront chat room