WikiLeaks Party : How Not to Campaign for Office

Update : Statement of Resignation from Wikileaks Party National Council by Daniel Mathews. Leslie Cannold has been interviewed about her resignation on JJJ’s Hack here; a statement from others to resign from the Party — including Council members Sam Castro, Kaz Cochrane and Luke Pearson — is available here. Their resignations leave Julian Assange, Cassie Findlay, Niraj Lal, Gail Malone, John Shipton, Kellie Tranter and Omar Todd on board. 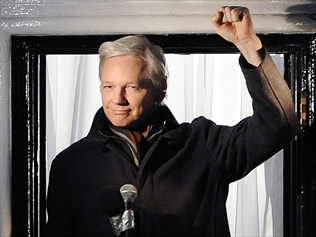 So… The WikiLeaks Party.

A few days ago it was revealed that the Party of Transparency, Accountability & Justice had unaccountably placed the neo-fascist Australia First Party ahead of The Greens on its Senate ticket for NSW and in WA placed The Nationals candidate ahead of Greens Senator Scott Ludlam, probably the one Australian Federal MP who has done more to champion WikiLeaks than any other. In the first instance, the Party responded by claiming that an “administrative error” had been made, later posting an extract from an email: “NSW – Greens preference WLP at 3, with Pirates at 2, and WLP puts Greens above FF, Shooters and Christian Right” intended to bolster its case.

FTR, here’s how the Party ordered its preferences in NSW:

• Future Party WTF?
• The ticket does allocate a higher position to the Shooters & Fishers than the Greens but places the ‘Christian Right’ (Family First Party, Democratic Labour Party, Christian Democratic Party (Fred Nile Group), Rise Up Australia Party) below them.

• The decision to preference The Nationals ahead of The Greens in WA is, on the face of it, simply inexplicable. In order, the Party preferenced the Australian Sports Party[?!?], Animal Justice Party, Australian Democrats, The Nationals and then The Greens. On Twitter, lead WLP candidate Gerry Georgatos has claimed that the Party has ‘effectively’ preferenced The Greens — a very odd argument, for obvious reasons.
• Announced today, Leslie Cannold’s resignation [PDF] as second candidate in Victoria — one which apparently follows that of a significant number of volunteers — not only suggests a degree of organisational incompetence on the part of the Party, but will also presumably significantly weaken the Party’s already shaky appeal.
• The Party’s campaign director, former Tory and law-talking guy Greg Barns, has some explaining to do.

I live in Melbourne, Australia. I like anarchy. I don't like nazis. I enjoy eating pizza and drinking beer. I barrack for the greatest football team on Earth: Collingwood Magpies. The 2021 premiership's a cakewalk for the good old Collingwood.
View all posts by @ndy →
This entry was posted in Media, State / Politics and tagged 2013 Australian federal election, Wikileaks. Bookmark the permalink.

8 Responses to WikiLeaks Party : How Not to Campaign for Office