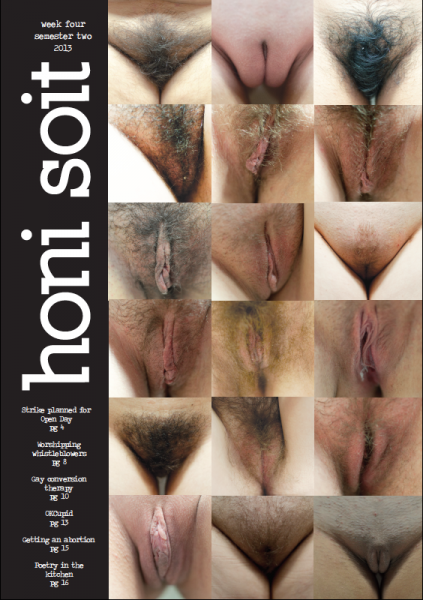 Now that I’ve got your attention… 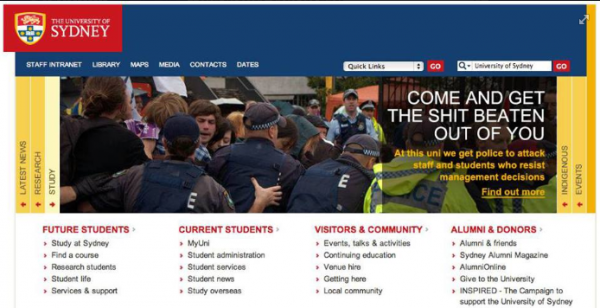 The University of Sydney is having an Open Day on Saturday, August 31, and as part of the celebrations concerned students will be taking part in a variety of exciting actions to draw attention, inter alia, to management’s bloody-minded refusal to agree to the minimal improvements in wages and conditions requested by the NTEU.

The situation at USyd is of course being replicated at universities across Australia, but with only sporadic resistance. Student movements in other countries have been active and growing over the last few years (example). Given the continued degradation of non-profitable sectors of The Knowledge Economy, probable decline in foreign investment, and vast increase in the number of bullshit jobs graduates have to contend with, it’s surely only a matter of time before a revivified movement takes to and over the streets and campuses.

For more infos on Worker Student Assembly and other shenanigans at USyd see sydneyuni.org/wsasydney.wordpress.com.

For some further considerations on the state and/of the economy, see With Sober Senses, a madcap exploration of the territory of capital accumulation within Straya. See also : Melbourne Free University | UniVerse: Free school at Wollongong (Phoebe Moloney, honi soit, August 19, 2013).

I live in Melbourne, Australia. I like anarchy. I don't like nazis. I enjoy eating pizza and drinking beer. I barrack for the greatest football team on Earth: Collingwood Magpies. The 2021 premiership's a cakewalk for the good old Collingwood.
View all posts by @ndy →
This entry was posted in Media, Sex & Sexuality, State / Politics, Student movement, That's Capitalism! and tagged Honi Soit, University of Sydney, University of Sydney Open Day, VAGINAS!. Bookmark the permalink.