Free the NATO5 // Write to Migs

Note : “Migs” is accused of being an FBI informant in this anon doc dated July 2011.

UPDATE: Mark (Migs) of the NATO 5 to Spend Six Months in Solitary for Anarchism
September 5, 2013

Mark “Migs” Neiweem of the NATO 5 has been in solitary confinement for nearly two months. Why? For being in possession of Anarchist symbols (including the Anarchist Black Cross logo) and Anarchist literature. Please call or write in today to demand these politically-motivated disciplinary actions be reversed…

Folks are asking supporters to write to Mark/Migs. His address: 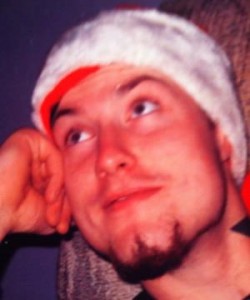 I live in Melbourne, Australia. I like anarchy. I don't like nazis. I enjoy eating pizza and drinking beer. I barrack for the greatest football team on Earth: Collingwood Magpies. The 2021 premiership's a cakewalk for the good old Collingwood.
View all posts by @ndy →
This entry was posted in Anarchism, State / Politics and tagged Anarchism, Mark “Migs” Neiweem, NATO5. Bookmark the permalink.