Why neither major party is addressing indigenous poverty [Crikey] 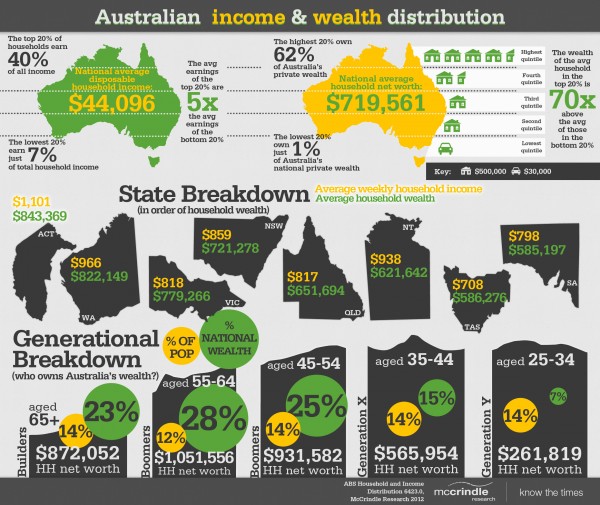 [Brought to you by Non-Academics For Class War. “Poverty of goods is easily cured; poverty of soul, impossible.” ~ Michel de Montaigne]

Why neither major party is addressing indigenous poverty
September 6, 2013

Despite the epidemic of indigenous poverty, neither major party has a comprehensive policy to address it. Jon Altman, professor at ANU’s Centre for Aboriginal Economic Policy Research, says only the Greens have a different approach.

The Oceanic chapter of the group Academics Stand Against Poverty approached me to provide input to an audit of the policy platforms of the major parties in the lead-up to the 2013 federal election. In all the cacophony about Closing the Gap, why is there no mention of the poverty gap between indigenous and other Australians or of the social and economic costs of its existence and persistence?

According to the 2011 census, there are an estimated 670,000 indigenous Australians, about 3% of the total population. But they are far over-represented in poverty statistics. The indigenous affairs policies of governments of all persuasions since the 1980s have explicitly aimed to reduce “wicked” problems seen as almost intractable — as evidenced by research that has tracked their persistence from 1971 to the present. Strong policy rhetoric, including Bob Hawke’s “Aboriginal Employment Equity by the Year 2000”, John Howard’s “Practical Reconciliation”, and most recently Kevin Rudd’s “Closing the Gap” have all aimed to reduce indigenous disadvantage as defined statistically. None has succeeded.

Despite evidence of deep poverty experienced by indigenous families and individuals available since the Henderson Commission of Inquiry into Poverty in the 1970s, governments have never pursued policies to explicitly eliminate or ameliorate indigenous poverty.

The current Closing the Gap policy was announced as part of the national apology in February 2008 and was subsequently incorporated in the National Indigenous Reform Agreement by the Council of Australian Governments. It focuses in a technical way on six key objectives (life expectancy, infant mortality, three on education and employment), with only one, halving the gap in employment outcomes between indigenous and other Australians within 10 years, potentially impacting directly on poverty. There is no policy to close the poverty gap between indigenous and other Australians in relation to the poverty line, usually set at 50% of median household income adjusted for family composition.

The best source of information on indigenous poverty is found in the National Aboriginal and Torres Strait Islander Social Survey (NATSISS), which can be compared with information for the total population in the General Social Survey (GSS). Economist Boyd Hunter has undertaken thorough analysis of these data sources and has asked in recent 2012 research “Is Indigenous poverty different from other poverty?“ His answer is a resounding yes.

There are many complexities underlying indigenous poverty that are not adequately considered in standard poverty analysis, including non-Western forms of household composition, non-monetary income in many situations, and the absence of adequate measures of costs outside capital cities. Nevertheless, Hunter’s analysis of income alone shows the depth of indigenous poverty. In “Revisiting the poverty wars“ he estimates that 41.8% of one-family indigenous households live in poverty, compared with 17.3% of non-indigenous households, a massive difference. And for indigenous households, poverty is far higher irrespective of location 2006.

The policy responses of the two major political parties, the ALP and the Coalition, to this situation is surprisingly similar, adhering to an approach highlighting individualism, market solutions, entrepreneurship and asset accumulation. Indigenous people, it is proposed, need to engage more thoroughly with the mainstream education system so as to be in a position to take on “real” jobs, whether such jobs exist locally or not. Increasingly there are proposals that if people live in regional or remote circumstances where mainstream labour markets are absent they should migrate for employment away from ancestral lands or engage in fly in/fly out or drive in/drive out employment.

The heroic assumption is that if the employment gap closes then poverty will be reduced — although as the aim of policy is to half close the employment gap by 2018, presumably poverty would similarly only be half eliminated. In any case, as outlined by me in Crikey in February 2013, evidence from the 2011 census indicates employment gaps have widened not closed since 2006.

The widening employment gap is partly the result of collusion by both major parties in the destructive reform of the Community Development Employment Program (CDEP) since 2005. Under this “reform” the number of people participating in this program plummeted from 35,000 participants in 2006 to 10,000 in 2011 and fewer now.

Under CDEP participants worked for community organisations and were paid a minimum wage equivalent to income support entitlements. And under CDEP a sensible income test allowed participants to work more and earn more without losing their basic income.

Analysis of the latest NATSISS data by Boyd Hunter and Matthew Gray shows that in remote regions CDEP participation resulted in average individual earnings of $359 per week, compared with $231 per week if unemployed and $228 if not in the labour force.

Today most CDEP participants have been transferred to Newstart and face the standard social security taper on additional earnings. Although recent data on poverty is not available, it is inevitable that this change would have deepened poverty and caused most CDEP participants to migrate from part-time work to unproductive welfare.

In 2013 the ALP reformed the sole parents’ payments scheme, cutting the weekly payments of 80,000 single-parent families by an estimated $100 a week, according to the Australian Council of Social Service. As noted above, while indigenous and non-indigenous sole parent families live in poverty at similar proportions, this measure will deepen poverty for all. The Coalition has not opposed this change and has announced no election commitment to reverse it.

The Australian Greens have had a somewhat different approach. They challenged the destruction of CDEP, they vigorously opposed the reform of parenting payments and they campaign hard for income support payments for the unemployed to be increased to at least align with pensions. All these measures could alleviate, though not eliminate, indigenous poverty.

The Australian Greens have also taken a different approach from the major parties on two other issues that could structurally influence poverty reduction. First, they have advocated for reform of the Native Title Act that would provide indigenous land owners with commercial property rights. Second, since 2007 they have opposed expensive punitive measures that have had bipartisan support from the major political parties.

These measures have included income management that costs as much as $7900 per person per annum to administer. Such amounts could make a significant contribution to poverty alleviation, particularly in remote areas where a marked cost differential with major cities has been documented across all food groups.

The Australian Greens have also vociferously opposed the punitive suspension of income support payments to parents and carers in situations where children avoid school attendance on the grounds that if implemented such draconian measures will increase, not reduce, poverty. [See also : ‘Noel Pearson is Tony Abbott’s man to fix schools’, Patricia Karvelas and Justine Ferrari, The Australian, August 31, 2013.]

I have referred on several occasions to a comfortable Canberra consensus between the two major parties that only proposes Closing the Gap policy solutions to deeply entrenched problems. This consensus is based on principles that combine a neoliberal focus on individualism, private property and material accumulation with a belief in mainstreaming or normalisation.

In my view this approach will not close gaps, alleviate poverty, or address diverse indigenous aspirations.

The Australian Greens are open to alternatives based on approaches that focus more on human rights and self-determination, that seriously engage with articles in the UN Declaration on the Rights of Indigenous Peoples.

Evidently it does not matter that statistics indicate that the current approach is not delivering adequate results, including for poverty alleviation. Instead an unshakeable ideological stance is maintained by the major parties that integration into market capitalism will provide the one and only solution. In my view, poverty alleviation for many indigenous Australians will only occur if the policy focus is on livelihoods and accommodates diverse circumstances, is realistic, and is community driven rather than dictated from Canberra.

*A version of this article was originally published at Tracker and also provided to Academics Stand Against Poverty.

I live in Melbourne, Australia. I like anarchy. I don't like nazis. I enjoy eating pizza and drinking beer. I barrack for the greatest football team on Earth: Collingwood Magpies. The 2020 premiership's a cakewalk for the good old Collingwood.
View all posts by @ndy →
This entry was posted in Broken Windows, Death, History, State / Politics, That's Capitalism! and tagged Academics Stand Against Poverty, Jon Altman. Bookmark the permalink.