2013 Australian federal election. How did the far right fare? 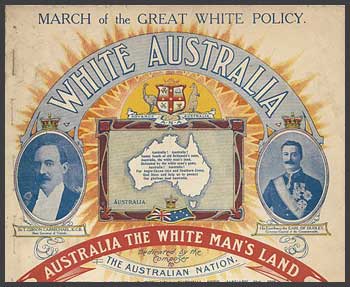 Five days after polling closed, here’s the results obtained by the far right.

[NB. FINAL results will not be available for some days; I’ll update the numbers periodically.]

AF stood 10 candidates for the Lower House (8 in NSW and one each in SA and VIC) and gambled on a seat in the Senate in NSW and QLD. The party’s main claim to fame during the campaign was being placed ahead of the Greens in NSW by the Wikileaks Party on its Senate ticket. This decision by WLP drew no small degree of criticism, the party claiming it was the result of an “administrative error” while others claiming it was the product of a backroom preference deal. In the end, AF (Garth Fraser and Darrell Wallbridge) received 3,626 votes (0.08%) in NSW [FINAL], while Wikileaks fared considerably better with 36,399 (0.83%). As for AF in QLD, teenage former Stalinist, neo-Nazi and Labor party candidate Peter Watson joined Peter Schuback in sharing 6,531 votes (0.25%; a decline of 0.15) [FINAL].

Despite having previously declared that he was going to snatch the seat of Cook from former opposition spokesperson on Immigration, Scott Morrison, Party fuehrer Dr Jim Saleam managed to acquire just 610 [FINAL] votes or 0.66%, coming last among the seven candidates. In (“Get the ‘Face of Chinese Imperialism’ out of”) Bennelong, Victor Waterson scored 492 votes (0.56%) [FINAL], the last of eight. Of the nine worthies in Calare, Peter Schultze done a bit better, gaining 1,010 [FINAL] votes, smashing through the 1% barrier (1.11%) and avoiding coming last, a fate reserved for the Democratic Labour Party (DLP) candidate.

In Chifley, veteran bizarr0 Alex Norwick saw AF’s vote decline from 1.17% to 0.48% (396 [FINAL] votes). This decline may well be blamed on teh gheys; the DLP got its revenge by beating Norwick into last place. The decline in the AF vote was repeated in Lindsay, where Mick Saunders’s 610 votes (0.70%) [FINAL] represented a reduction of 0.47%; Mick’s vote did at least ensure that the most unpopular of the eight candidates on offer was Geoff Brown of the Stable Population Party. In Macquarie, Matt Hodgson managed to increase the AF vote by 0.02%, gaining 750 [FINAL] votes (0.83%), thereby pushing Teresa Elaro (DLP) into last place on a mere 502 (0.56%).

Things were a bit brighter for AF in Newcastle, candidate Michael Chehoff being placed first on the ballot and getting 922 votes (1.08%) [FINAL] for his troubles. In doing so Michael beat both the Socialist Alliance candidate (616/0.72%) and that of the Australian Independents (367/0.43%). The last Australia First candidate in NSW was Lorraine Sharp in Riverina. She got the best result for the party with 1,287 [FINAL] votes (1.46%) and placed eighth out of ten candidates for the seat.

Outside of its NSW heartland, AF ran just two further Lower House candidates, in Port Adelaide (SA) and Deakin (VIC). In Port Adelaide, last-placed Terry Cooksley earned 1,116 votes (1.23%) [FINAL] while in Deakin a bewigged John Carbonari failed to set the seat on fire with a measly 212 [FINAL] votes (0.24%), a reduction from the dizzying heights achieved last time around of 0.28%.

The APP ‘Love Australia’, but how much does Australia love the APP? In the race in Queensland for a seat in the Senate, Rick Heyward, “a very proud Australian, who is passionate about protecting his country”, received 955 votes (0.04%) [FINAL] and the dubious merit of being the most unpopular of all party candidates. Oh, and Doug Boag too.

In the seat of Fremantle (WA), Teresa Van Lieshout had 205 (0.24%) [FINAL] people vote for her, the APP at least proving to be more popular than the LaRouche kvltists of the Citizens Electoral Council (131/0.15%). Things were a bit better for the APP in Swan, where Troy Ellis, “a Who Weekly finalist for their Most Beautiful Person Award” in 1999, rode a donkey on to gaining 718 votes (0.88%) [FINAL], and came third last.

In the Victorian seat of Flinders, two Independents, Denis McCormack and Paul Madigan, threw their hats into the ring. Denis scored 478 (0.51%) and Paul 708 (0.75) [FINAL] votes. Both were previously involved in the group ‘Australians Against Further Immigration’, including as candidates, while Denis also helped found AF. You can read some of Paul’s views in the comments on a previous post here. The dynamic duo want to REDUCE IMMIGRATION http://reduceimmigration.wordpress.com/.

The other minor far right (?) party to contest the election was (Pauline Hanson’s) One Nation. It ran 11 candidates in the Lower House in NSW and four in Queensland, along with Senate candidates in NSW, QLD, SA, VIC and WA. Its best result was obtained by Pauline, Kate McCulloch and Aaron Plumb in the NSW Senate race. Generally, in the Lower House candidates placed just above the other fringe parties, typically Australia First, the Christian Democrats (Fred Nile’s mob), Katter’s Australian Party and the poor old CEC. Its worst result came in the Victorian Senate contest, where the Townsends managed to beat BOTH the Australian Republicans (38 votes) AND the Smokers Rights Party (78 votes) into last place with 242 votes (0.01%, a decline of 0.3) [FINAL]. It would seem that Clive Palmer’s United Australia Party soaked up most of the vote for anti-Establishment candidates with the remains being fought over by a wide range of parties left, (but mostly) right and generally obscure.

6 Responses to 2013 Australian federal election. How did the far right fare?