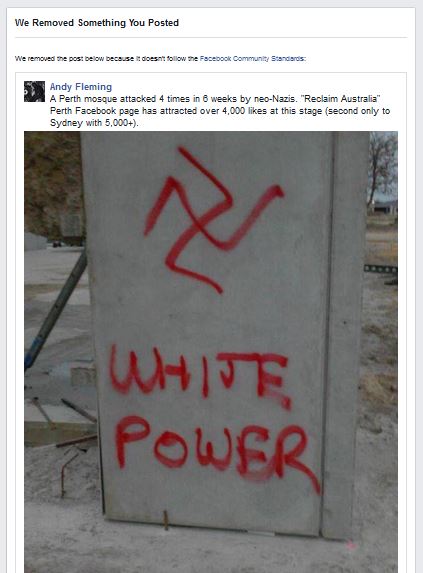 I got kicked off Facebook for sharing the image above, originally published on the Islamophobia Register Facebook page, of vandalism at a mosque in Perth. See : White supremacist graffiti sprayed on Perth mosque in third attack in eight months, Nicolas Perpitch, ABC, February 16, 2015 | “In recent weeks vandals have attempted to petrol bomb Perth’s Southern River mosque, dumped a pig’s head at the front of the building and scrawled graffiti on its walls. Muslim leaders say the attacks highlight the need for an honest discussion about Islam.” (ABC, February 17, 2015) | Extremists target mosque, Grant Taylor, The West Australian, February 17, 2015.

I spied this poster in Northcote, liked it, and thought I may as well share it with the world. 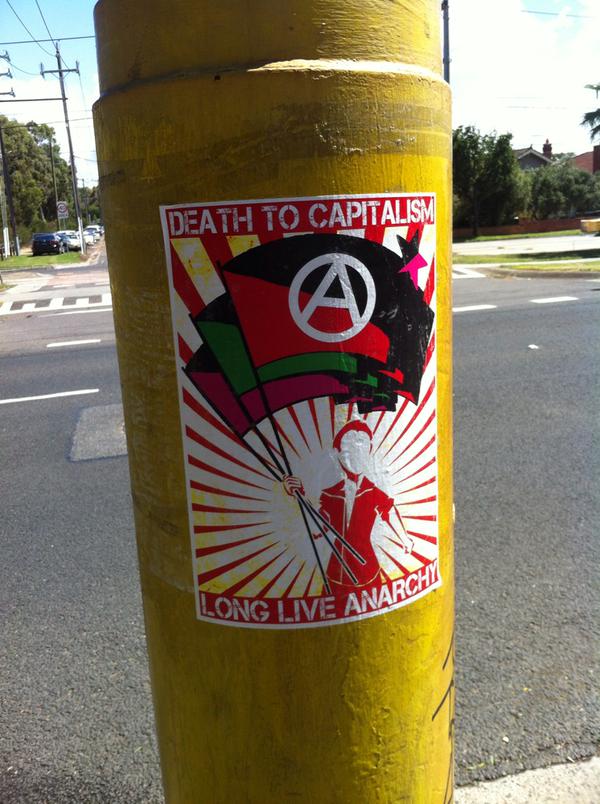 I live in Melbourne, Australia. I like anarchy. I don't like nazis. I enjoy eating pizza and drinking beer. I barrack for the greatest football team on Earth: Collingwood Magpies. The 2021 premiership's a cakewalk for the good old Collingwood.
View all posts by @ndy →
This entry was posted in !nataS, Anarchism, Anti-fascism, Art, Media, State / Politics, That's Capitalism!, War on Terror and tagged anarchy, capitalism, Facebook, Islamophobia. Bookmark the permalink.