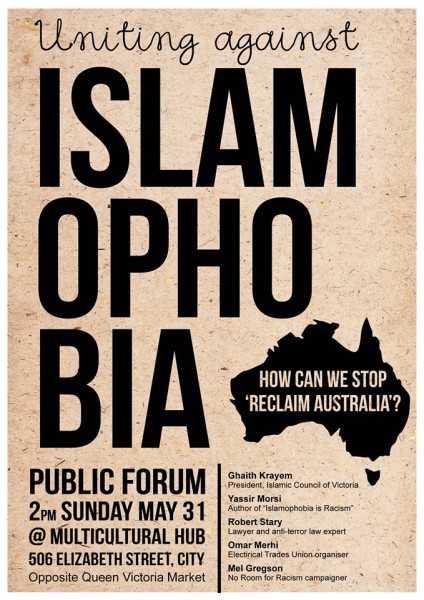 There’s a forum on Islamophobia in Melbourne on May 31. See also : Islamophobia is Racism, Yassir Morsi, Right Now, October 31, 2014. On May 2, an Antifascist Football Tournament /// Anti Racism World Cup took place in Sydney. Antifascist Action Sydney produced a YouTube vid to document it which you can watch here.

German hardcore band ‘Wolf Down’ have a new vid out called ‘Flames of Discontent’. It makes ref to the following activists:

• Oury Jalloh, a Sierre Leonean asylum seeker in Germany, died in a fire in police custody in Dessau in 2005, while his hands and feet were tied to a mattress.
• Nikos Romanos, a Greek anarchist and convicted armed robber whose best friend aged 15, died in his arms after being shot by police. In 2014, he went on hunger strike for his right to an education, and won.
• Mumia Abu-Jamal, an American political activist and journalist, currently serving life imprisonment without parole for murdering a police officer in Philadelphia in 1981.
• Carlo Guiliani, an Italian anarchist and ‘anti-globalisation’ protester, shot and killed by police in Genoa, Italy at the G8 summit in 2001.
• Halim Dener, a Kurdish activist shot and killed by German special police in Hannover in 1994, while putting up a poster for the ERNK, the National Front for the Liberation of Kurdistan.
• Jock Palfreeman, an Australian anti-fascist unjustly sentenced to 20 years in maximum security prison for premeditated murder in Bulgaria after intervening to protect a Roma who was being attacked by neo-Nazis.
• Joel Almgren, a Swedish anti-fascist, currently serving 6 and a half years in prison for attempted murder, after defending an anti-racist demonstration in Stockholm from a neo-Nazi attack.

Reclaim Australia is holding a second series of rallies on Saturday, July 18 (Melbourne) and Sunday, July 19 (everywhere else). Some folks are organising activities to counter the rallies in some way. See : Brisbane | Melbourne | Perth | Sydney.

Oddly, Telstra on the Fraser Coast has come out in support of Reclaiming Australia from The Muslims: 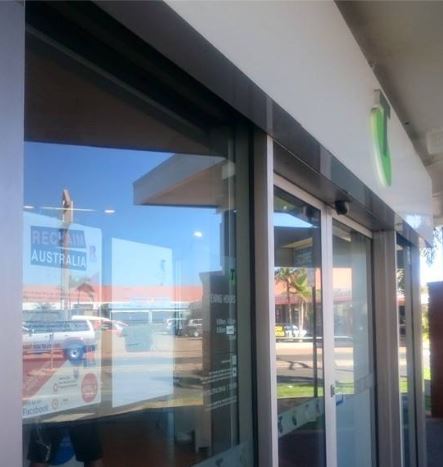 @slackbastard 1/2 Once found this was quickly removed. Please be assured this was not placed in the window by Telstra Maryborough.-Angela

@slackbastard 2/2 We have a strong focus on diversity and inclusion. You can visit our website to read more http://t.co/8fUCaS13FY -A

Meanwhile, In Germany, are anti-Muslim terrorists the real threat? asks Rick Noack (The Washington Post, May 9, 2015).

I live in Melbourne, Australia. I like anarchy. I don't like nazis. I enjoy eating pizza and drinking beer. I barrack for the greatest football team on Earth: Collingwood Magpies. The 2023 premiership's a cakewalk for the good old Collingwood.
View all posts by @ndy →
This entry was posted in Anti-fascism and tagged antifa notes, Islamophobia, Reclaim Australia. Bookmark the permalink.