A wave of deadly attacks took place last night in Paris and Saint-Denis. The French government has been conducting wars in several countries (Libya, Mali, Syria …) for years. These wars today have an impact on the French territory.

We are confronted [by] attacks aiming to spread terror and to stir up divisions within the population. Alternative Libertaire condemns these attacks: killing people at random in the street [with] the sole purpose of frightening is abject. These attacks are the work of a political movement – the Salafist jihadism – whose first victims are the civilian populations of the Middle East and which has already hit Beirut in recent days. This same political movement that continues to wage war against Kurdish progressive forces in Syria.

Following these attacks, we will witness a securitarian frenzy maintained by political forces who use fear to draw us against each other. Already, immigrants and the Muslim minority in this country are beginning to be affected by political statements and are subject to indiscriminate reprisals.

Strengthening freedom-restricting devices will not prevent new attacks. The state of emergency is the suspension of many democratic rights, the legalization of large-scale repressive measures with regard to various layers of the population that have nothing to do with the attacks.

We stand against government taking this opportunity to ban unionist and ecologist mobilizations to come. All this will lead to [division] and strengthen fears and hatreds. All this will only lead to an escalation between terrorist attacks increasingly bloody and security responses increasingly repressive. The answer is neither the withdrawal nor the militarization of society.

The solution will not come from those who have contributed to this situation by their militarist policies, imperialist, discriminatory, hateful. They use this to impose an increasingly police state and a national unity between exploiters and exploited, which we reject and denounce.

The solution requires the strengthening of solidarity, in the neighborhoods and at our workplaces, and through the consolidation of all those and all those who refuse all regimes of terror. Do not remain isolated! Let’s get together to discuss our responsibilities to the situation, particularly in terms of joint actions of all social transformation forces. 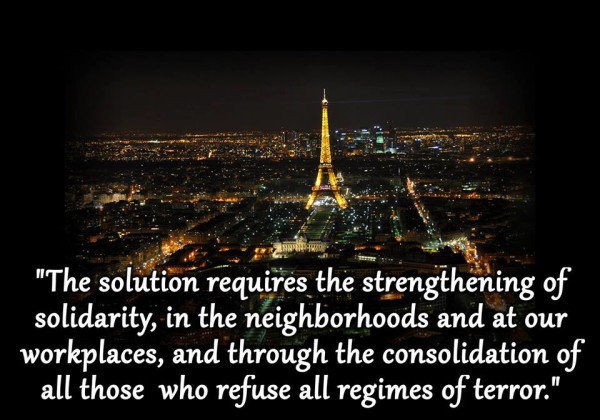 3) The reaction on the part of local fascists has been predictable. A sample of some of the batshit commentary on the ‘United Patriots Front’ page: 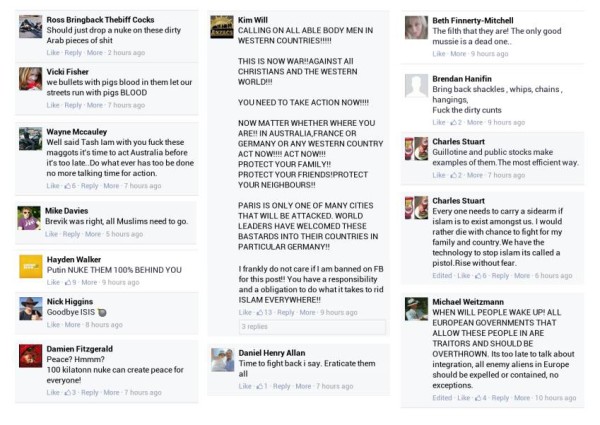 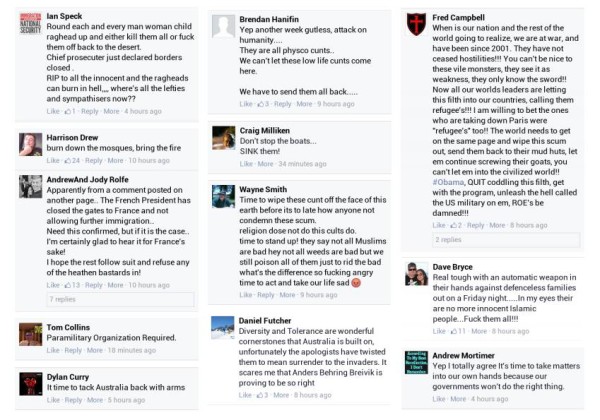 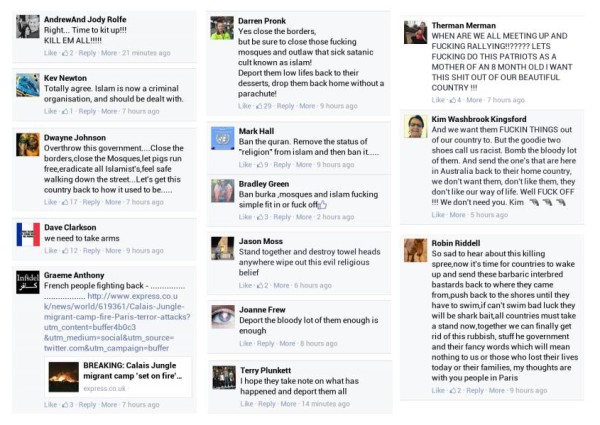 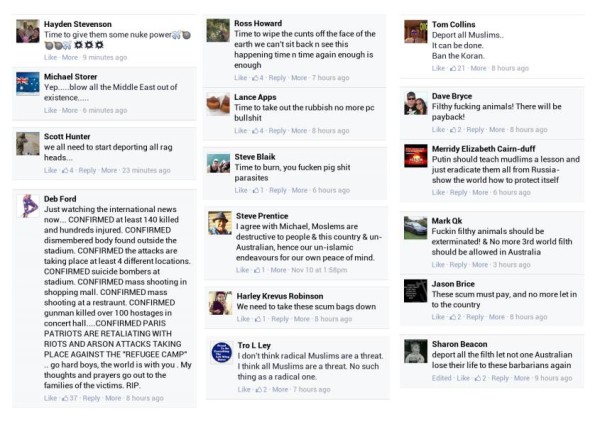 4) This cartoon sums it up as far as the reaction of the far right is concerned: 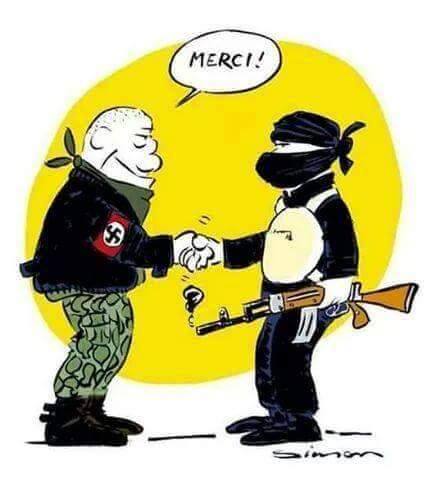 I live in Melbourne, Australia. I like anarchy. I don't like nazis. I enjoy eating pizza and drinking beer. I barrack for the greatest football team on Earth: Collingwood Magpies. The 2023 premiership's a cakewalk for the good old Collingwood.
View all posts by @ndy →
This entry was posted in !nataS, Anarchism, Anti-fascism, Broken Windows, Death, History, Media, State / Politics, That's Capitalism!, War on Terror and tagged Alternative Libertaire, Islamic State, Islamophobia, Paris, United Patriots Front. Bookmark the permalink.