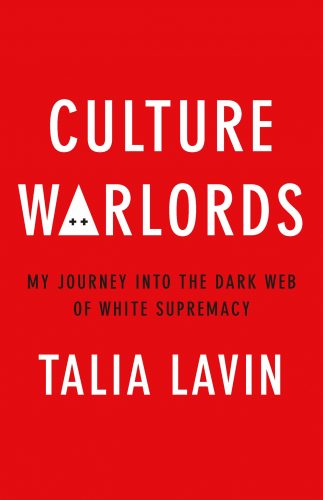 On this week’s episode of Yeah Nah, we talk to Talia Lavin [Twitter]: writer, podcaster and author of Culture Warlords: My Journey Into the Dark Web of White Supremacy (Hachette, 2020):

Talia Lavin is every fascist’s worst nightmare: a loud and unapologetic young Jewish woman, with the online investigative know-how to expose the tactics and ideologies of online hatemongers. Outspoken and uncompromising, Lavin’s debut uncovers the hidden corners of the web where extremists hang out, from white nationalists and incels to national socialists and Proud Boys.

*Please note that the podcast version of this episode [Apple, Spotify] contains a longer conversation with Talia.

I live in Melbourne, Australia. I like anarchy. I don't like nazis. I enjoy eating pizza and drinking beer. I barrack for the greatest football team on Earth: Collingwood Magpies. The 2021 premiership's a cakewalk for the good old Collingwood.
View all posts by @ndy →
This entry was posted in Anti-fascism, Broken Windows, Death, History, Media, Sex & Sexuality, State / Politics, That's Capitalism!, War on Terror and tagged 3CR, Tania Lavin, Yeah Nah Pasaran. Bookmark the permalink.