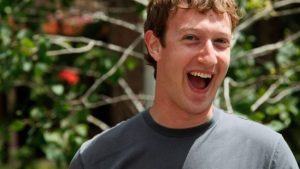 You may/not have noticed, but as part of Zucc’s purge of AUS meeja — and as collateral dmg, I guess(?) — my Facebook page has been Zucced, meaning while I can still access it via admin, all content — regardless of source — is no longer publicly-accessible. As a result, I’ve revived the back-up page, Slackbastard2: please feel free to ‘like’ it, and to let others know it’s around and about.

The 2.0 page was originally published on March 6, 2015: My previous page has been suspended following a successful campaign by nazis. This page is either my new page or a temporary placeholder. At that stage, the 1.0 page was down for a few days, then re-published, then taken down again on May 30, 2015 — Oh hai! My principal page has been unpublished — again. *sadface* I don’t know why + FB offers no explanation so … it may be that I’ll be using this one from now on, who knows? — then unZucced on June 16, 2015 — Strewth Ruth — my original page is back up!?! — and has experienced various nazi storms since.

Also, the YNP! page is still functioning, even if 3CR, unfortunately, got Zucced.

I’ve obviously got No Idea how long this situ will last, and whether or not the OG page can be revived is unknown. We’ll see. (I also have a Twitter account if yr interested.) I suppose the only other thing to note is that the fake news industry is relatively unaffected, so Avi Yeminem, for example, remains at liberty to shitpost on behalf of his Canadian (not Australian) employer.

I live in Melbourne, Australia. I like anarchy. I don't like nazis. I enjoy eating pizza and drinking beer. I barrack for the greatest football team on Earth: Collingwood Magpies. The 2021 premiership's a cakewalk for the good old Collingwood.
View all posts by @ndy →
This entry was posted in Broken Windows, Media, That's Capitalism! and tagged 3CR, Facebook, slackbastard, Yeah Nah Pasaran. Bookmark the permalink.