Oh noes! A cwankypants made me remove some tweets!

I could be wrogn, but it looks like I’ve made some body mAd! 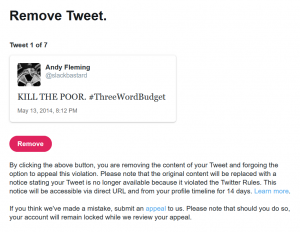 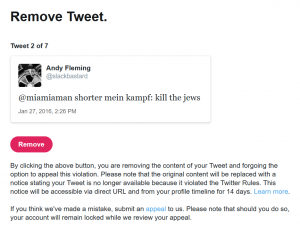 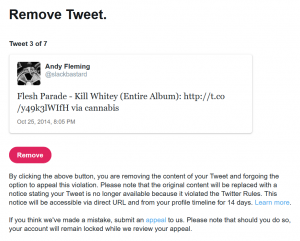 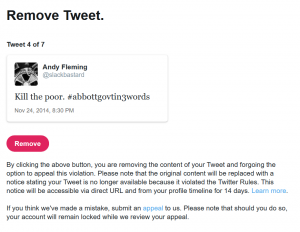 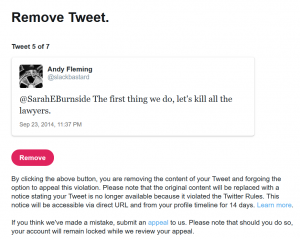 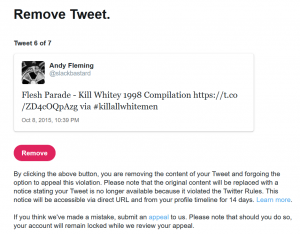 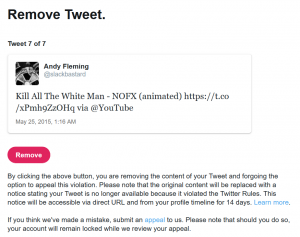 I live in Melbourne, Australia. I like anarchy. I don't like nazis. I enjoy eating pizza and drinking beer. I barrack for the greatest football team on Earth: Collingwood Magpies. The 2021 premiership's a cakewalk for the good old Collingwood.
View all posts by @ndy →
This entry was posted in !nataS, Broken Windows, Death, Media, State / Politics, That's Capitalism!, Uncategorized and tagged “...And That’s Why We Should Keep The Bloody Flag The Same!”, Twitter, Yeah Yeah Blah Blah Blah Whatever. Bookmark the permalink.