“A few weeks ago”, writes Mel Campbell in ‘The street: just another fucking marketplace’ (Sydney Morning Herald, December 19, 2006), “workers gathered in capital cities to protest against the Work Choices industrial relations legislation. Union leaders had hoped for 100,000 protesters in Melbourne; estimates varied from 45,000 to 60,000. It wasn’t enough for the Prime Minister, John HoWARd, who deemed the low turnout a ringing endorsement of Work Choices. It suited him to make the number of people in the street directly representative of opinions on industrial reform. But just over a week earlier, HoWARd had decried the skirmishes outside the G20 conference as “thuggish behaviour” by “violent people who do not represent even the mainstream of people who oppose policies of this Government”.” 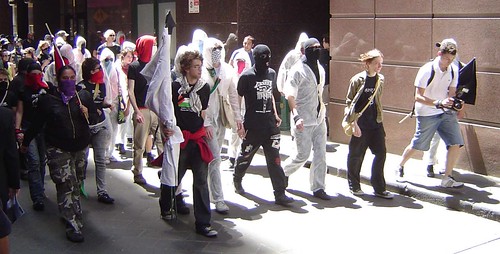