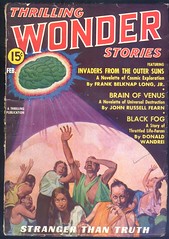 The pickled brain of a 19th-century Italian anarchist, which has been on display in a glass jar in Rome since his death, is finally set to return home.

Giovanni Passannante, a cook, gained notoriety for lunging at Umberto I, the king of Italy, with a three-inch kitchen knife during a royal visit to Naples in 1878.

The then 28-year-old Passannante missed his target, and gouged the prime minister instead. He was arrested and sent to the prison island of Elba. After a decade of solitary confinement, he was judged to be insane and was transferred to an asylum.

When he died in 1910, his body was fed to pigs [thus, while simultaneously demonstrating the depravity of everyday life in penal Italy, also providing the inspiration for Mason Verger‘s failed attempt to feed Hannibal Lecter to the pigs in Hannibal (1999)] but his brain was preserved so that it could be studied for signs of innate criminality.

[Presumably along the squiggly lines established by the brilliant Italian scientician Cesare Lombroso, whose tract on ‘The Physiognomy of the Anarchists’ (1891) is a deadset classic of the genre. In Russia, Vlad the Impaler‘s brain was also preserved by ‘Soviet’ scienticians in the hope that placing the goo under the microscope might unlock the secrets to his own peculiar ‘genius’. (The study was also the subject of an acerbic poem, ‘Room 19’, by Jon Hillson.)]

The brain is currently on view at Rome’s crime museum, but will be transported to his home town of Savoia di Lucania, in the deep south of the country, on May 11.

However, the return of the brain is no guarantee that Passannante will rest in peace.

The local mayor, Rosina Ricciardi, wants to display the brain in its jar, rather than giving it a proper burial. She said it would be a boost for tourism. Francesco Rutelli, the culture minister, reprimanded her, asking her to find a “dignified” solution.

“I am convinced we must immediately give some peace to the mortal remains of Passannante,” he said.

In turn, his intervention has outraged Italy’s small group of hardcore monarchists.

Sergio Boschiero, their leader, said: “What does Rutelli want with these remains? Does this brain represent part of our cultural heritage?

“Do we want to make this man the equal of Padre Pio or Guglielmo Marconi? What sort of example does he set for the new generation, this man who tried to kill a head of state?”

Giuseppe Galzerano, the author of a biography of Passannante, also said the brain should not be buried.

“It would represent a brutal and uncivil attempt to wipe clean a page of our history,” he said.

“The brain should be kept on display as a permanent memory of the injustice undergone by one man at the hands of the royal family.”

Passannante wasn’t the only man to try to kill the King: another anarchist, Pietro Umberto Acciarito (1871–1943) also attempted to stab Umberto, on April 22, 1897. However, “When Umberto saw the weapon, he stood up and moved far enough away in the carriage that Acciarito could not reach him. Acciarito tried to stab Umberto anyway, but his knife struck harmlessly against the vehicle. Acciarito then proceeded to carve a letter A and a cross in the side of the carriage.” Three years later, Umberto I finally kicked his gold-and-diamond-encrusted bucket when another anarchist, Gaetano Bresci (1869–1901), taking advantage of modern technology, shot the bastard dead with a revolver. 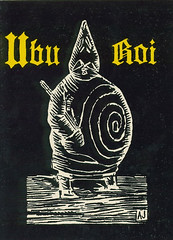 Speaking of brains, some punks got theirs pickled in jars; reportedly as a result of shoving their heads into the disembraining machines kindly provided for their enthusiastic use by the caring salesman of global corporate culture. Rather than gratefully receiving pats on the head from neo-Nazis, however, some punks fight back — and pay the price. In Mexico recently:

On the night of March 23, four young people associated with the anarchist punk fanzine Pensares Y Sentires were arbitrarily attacked, beaten and detained by police on the outskirts of Oaxaca City. The black-clad attackers, who repeatedly fired their pistols in the air to intimidate the youths, belonged to the municipal police force of Santa Lucia del Camino, the Oaxaca district where Indymedia [journalist] Brad Will was killed last year. The detainees were taken to the Santa Lucia del Camino jail, and released at 1:30 AM, charged with disorderly conduct. Two days earlier, they had [participated] in the ceremony and hunger strike to demand [that] Brad’s killers be brought to justice. The detained were also members of the local Somos Resistencia collective, part of the Anarkalactica youth culture network. 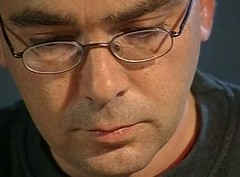 In Barcelona, Spain, Martinus Hendrikus Tega, a former Dutch squatter, has been arrested and has allegedly confessed to the assassination in November 2005 of Dutch journalist Louis Sévèke, a killing which received barely a fraction of the attention paid to the murder in November 2004 of filmmaker Theo van Gogh, or that of fascist politician Pim Fortuyn in May 2002 (‘Confession and arrest in Sévèke murder’, DutchNews.nl, March 28, 2007). The report notes that Sévèke “was well-known in left-wing and squatter circles and a variety of reasons have been put forward for the shooting. Some suggest it may have been connected to his research into the secret service”. The alleged killer’s motive is claimed by police to have been revenge for Sévèke’s ‘outing’ of him as a police informant in the 1990s, a claim based on the alleged contents of Tega’s diaries, uncovered by police through their investigations into a number of armed robberies also allegedly committed by Tega. Family and friends of Sévèke dispute this claim.

Australian corporate/state media have been following Sévèke’s case as closely as they have that of imprisoned US journalist Josh Wolf, most recently taking note of the Committee to Protect Journalists‘s March 29 call for his release: ‘”We look at this issue from a global perspective,” noted CPJ Executive Director Joel Simon. “If Wolf had been doing what he was doing in China, or Uzbekistan, or Zimbabwe instead of San Francisco there would be no question about his journalistic credentials.”‘

For a sample of their intensive coverage, see the links below:

I live in Melbourne, Australia. I like anarchy. I don't like nazis. I enjoy eating pizza and drinking beer. I barrack for the greatest football team on Earth: Collingwood Magpies. The 2021 premiership's a cakewalk for the good old Collingwood.
View all posts by @ndy →
This entry was posted in !nataS, Anarchism, History, Media, Music, State / Politics, War on Terror. Bookmark the permalink.