Former police union boss, the bloke they call Mullett, has gone on a little holiday — possibly to face charges of perverting the course of justice, perjury, breaching the Telecommunications (Interception and Access) Act, misleading the OPI director and breaching the OPI Act secrecy provisions — so it’s been left to his temporary replacement, Bruce McKenzie, to moan about police being subjected to unfair treatment:

Six members who were involved in last year’s G20 riots attracted some media attention today as they have, for more than a year, been ineligible for transfer or promotion as their conduct during the riots remains under scrutiny. It is both outrageous and unfair that members simply performing [their] duty, especially under such violent and dangerous circumstances[,] have remained under investigation and consequently unable to advance their careers. Protesters (some of who[m] punched, kicked and bit police during the G20 conflict) have already appeared in court, while it is hard-working members, who simply turned up to do their job, acting in good faith and in the interests of community safety[,] that remain under investigation. The inquiry into the G20 riots must be accelerated to allow these six members to continue their policing careers – the Police Association will continue to put pressure on those in charge of the investigation to expedite the process as a matter of urgency.

Strangely, the Herald Sun — the paper that backed the Tories in their failed attempt to maintain power (even in the face of union intimidation) — has backed the (police) union, describing the six subject to internal investigation as being ‘heroes’. What is unacknowledged is that the six are being investigated for possible offences committed on Sunday, November 19, outside of Melbourne Museum, when approximately 50 individuals, mostly women, who had peacefully assembled outside of the building, were confronted and then assaulted by several hundred police (including members of the riot squad).

Real heroic stuff. In the meantime:

A group of 19 people charged over last year’s G20 riots in Melbourne has lost its bid to have a possible trial heard in a lower court.

Lawyers for 19 demonstrators applied to have riot and affray charges dealt with at Melbourne Magistrates Court rather at a higher court if they went to trial. But magistrate Sarah Dawes on Wednesday refused the request, following prosecution arguments that the matters were too serious.

The defence lawyers wanted the case be dealt with by a magistrate, who has the power to deal with some serious offences such as riot in a contested hearing. This is essentially a trial in a magistrates court. But Ms Dawes ruled this was inappropriate. She ordered the defendants appear before a contested committal hearing to determine whether there was enough evidence for them to stand trial in a higher court.

Ms Dawes said five people were already set to appear before the Victorian County Court charged over the riots and it would make no sense to run a lengthy trial twice. However, the defence lawyers argued their clients would face a significant delay of more than a year if ordered to appear before the County Court. Having the case heard in a lower court would also result in a significant saving of public money. The defence also argued that conduct by the defendants represented only an “average or ordinary” example of riot and affray offending.

“I take the view this offence is more serious than that,” she said. She said the fact some demonstrators wore disguises during the riots indicated an element of pre-planning. 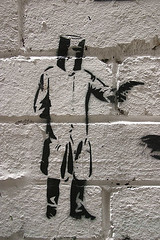 Speaking of violence, in the year since the G20 Summit in Melbourne — in which a number of rock *s, in addition to bureaucrats, foreign and imported, warbled about ‘making poverty history’ — the UN estimates 11,460,000 children have died of “poverty-related” causes (one might just as well say ‘wealth-related’ causes). But hell, who’s counting? And yet, even now, there are some socialists, there are some anarchists, there are some people that want to disrupt world trade. Thankfully, police forces around the world give short shrift to such troublemakers. Of course, not all troublemakers are bad. In Putin’s Russia, for example, police happily collude in the fascist butchering of oppositionists; while in Germany, they’re just plain tricksy.

Police in eastern Germany routinely ignore racially motivated attacks, according to local politicians. They have also been accused of manipulating statistics to hide the soaring number of incidents involving neo-Nazis.

The chief of police in the state of Saxony-Anhalt was forced to resign yesterday after it emerged that he had instructed officers not to classify incidents as hate crimes unless the perpetrators were caught. The force headed by Frank Hüttemann claimed its region went against Germany’s national trend of rising race crime when it reported that attacks by neo-Nazis had halved in the first six months of the year. But state interior ministry statistics show the number of hate-crime victims rose by more than a quarter in the first nine months of the year.

The resignation of Mr Hüttemann is the latest blow to the Saxony-Anhalt police, which is already the target of a state parliamentary investigation into its failure to act against neo-Nazi activity. The committee is examining six cases, including one assault in which police failed to detain the suspects even though they remained at the scene after officers arrived.

Germany has been rocked in recent months by an upsurge in neo-Nazi attacks, with mobs targeting people from ethnic minorities. Jewish and anti-racist groups claim parts of eastern Germany have become “no-go areas”.

Last month a 17-year-old girl had a swastika carved into her hip by a gang of neo-Nazis after she tried to stop them bullying a six-year-old foreign girl. A pregnant Iraqi woman needed hospital treatment last weekend after being punched on a bus in Magdeburg, the state capital of Saxony-Anhalt. In another incident, a group of German men attacked three men and a woman from Niger as a crowd of 30 people looked on.

In Melbourne meanwhile, gumby punks continue to support Gary K’s venue in Fitzroy, where until recently neo-Nazi skinheads have gathered. However, word on the street is that last weekend’s benefit gigs were slightly spoilt by an assault on a punter… more details to follow. In a tearful address, leader of the gumby punks, Chris Crocker, has denounced the boycott of the pub, declaring: LEAVE GARY ALONE!