Against Terror, Against the State 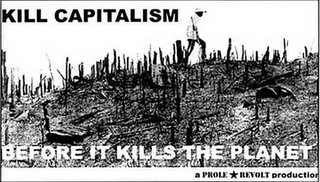 While foolish humans in the US Government (as well as “Government officials from… Canada, Australia and England and executives from Microsoft, Cisco, Verisign and others”) have been “working from basement offices at the Secret Services headquarters in downtown Washington” in order to test their command-and-control of the Internet during periods of crisis, in stunning news, Captain Planet has finally revealed his whereabouts after 10 years absence. And like countless others of yesteryear’s liberal Greens, in the face of impending ecological collapse, he’s finally gone feral!

SEATTLE, WA – Captain Planet warned in a videotape aired Monday that his eco-terrorist fighters are preparing new eco-attacks but offered the American people a truce on the condition that they begin “respecting the environment.”

“Americans must change their polluting ways or suffer the consequences,” said Planet. “We’re planning more attacks, but will cancel these if Americans all promise to start respecting the environment. The power is yours!”

The cartoon videotape, portions of which were aired on CNN, was the first from Captain Planet in 10 years, since his show “Captain Planet and the Planeteers” was cancelled in May of 1996. It came only days after an eco-terrorist attack on a car dealership in Seattle that destroyed 15 Ford Excursion SUV’s.

“Either America stops driving sports utility vehicles peacefully,” threatened Planet, “or it will be engulfed in flames. Which will it be America? The power is yours!”

According to CNN, Captain Planet became leader of the Earth Liberation Front (E.L.F.) eco-terrorist group shortly after losing his cartoon show in 1996. Since that time, he has boldly spear-headed several eco-attacks against America, including a spate of natural disasters which ravaged the United States in 2005. Editors at CNN said they could not comment on how they knew all these things.

Captain Planet said he decided to make a statement to the American people because he said President Bush “wasn’t doing enough to save the Earth from pollution.”

“I offer the American people a truce,” said Planet. “Stop polluting, stop littering, and start cleaning up pollution, and we’ll stop planning eco-attacks. The power is yours!”

The White House rejected the truce.

The United States will continue to drive gas-guzzling SUV’s, despite Captain Planet’s threats, White House press secretary Scott McClellan said. “We do not negotiate with terrorists, eco or otherwise,” McClellan said. “We kill them, plain and simple.”

The CIA has authenticated the voice on the tape as that of Captain Planet, an agency official said. CIA Director Porter Goss vowed to capture and detain the eco-terrorist leader.

“Captain Planet will eventually be brought to justice,” said Goss. “However, it will not be easy, as he can retreat into the Earth’s core at a moment’s notice.”

U.S. counter-terror officials said Tuesday they have seen no specific or credible intelligence to indicate another impending E.L.F. attack on the United States.

“The Homeland Security Department has no plans to raise the national terror alert,” spokesman Russ Knocke said. “Captain Planet doesn’t scare us. After all, he’s the gayest cartoon character of all time.”

The E.L.F. leader is currently believed to be hiding on Hope Island, an uncharted, unpolluted tropical isle far from civilization.

Seriously but… the ELF has been a pain in the arse to all the right people for years now; in fact, the FBI has even had the cheek to declare the ELF to be that country’s No.1 ‘domestic terrorist threat’! (In psychoanalytic discourse, this is called ‘projection’.) Part of the problem that the FBI has been confronting is that “the ELF” is really just a name: — a name groups of environmental radicals may choose to adopt to publicise their actions, but which otherwise implies little other than a commitment to taking (illegal) direct action against polluters. As such, “the ELF” has no existence outside of the nightmares of politicians, police and polluters, on the one hand, and the shifting, temporary networks of interested individuals that form in order to carry out non-violent actions against particular targets, on the other.

Recently, however, the US state has declared its intention to destroy “the ELF” ‘once and for all’ in the form of a show trial (‘grand jury’) involving 11 activists; the FBI ‘Eco-Eleven’. The North American Earth Liberation Prisoners Support Network is one group that is organising to try and ensure that the eleven aren’t railroaded:

The NA-ELPSN is part of the Earth Liberation Prisoners Support Network (ELP), an international network of groups that support people who are accused or convicted of actions taken in defense of the Earth and its inhabitants. Such actions, accusations, or convictions that would warrant support by ELP would include: Earth and animal liberation activity (regardless of whether the “A.L.F.” or “E.L.F.” claimed responsibility), anti-nuclear activity, communities fighting development, peace action, indigenous resistance, anti-fascist, and prisoners from the MOVE family.

You can also read more about some of the eleven accused here, here and here.

While David Hicks — having been completely and even gleefully abandoned to his fate by both the Australian Government and Federal Opposition — continues to be held illegally by the US Government at its concentration camp for enemies of the US state in Guanatanamo Bay, Cuba, closer to home, the 10 Melbourne men accused of amorphous ‘terrorist offences’ (‘being members of a terrorist organisation’) have all had their applications for bail rejected.

I live in Melbourne, Australia. I like anarchy. I don't like nazis. I enjoy eating pizza and drinking beer. I barrack for the greatest football team on Earth: Collingwood Magpies. The 2023 premiership's a cakewalk for the good old Collingwood.
View all posts by @ndy →
This entry was posted in Anarchism, Media, State / Politics, Television, War on Terror. Bookmark the permalink.