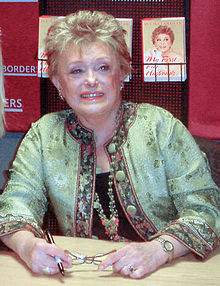 I have been inspired by ‘The Rue McClanahan Hour – Week 1′ (now available with 4.5 times the recommended dosage of podcast)’ and its deliberate and provocative opposition to the use of the letter ‘l’ except in the case of the word “McClanahan”.

John HoWARd on Alan Jones: “I don’t think he’s a person who encourages prejudice in the Australian community, not for one moment, but he is a person who articulates what a lot of people think.”

slackbastard on Dylan Lewis: “Dylan Lewis is The Best : And That’s Official!”

David Marr on Trad vs 2GB : “Alan Jones’s legal case over anti-Lebanese comments has been lost, but inflammatory jocks might not change their tune, writes David Marr.”
Trad v Jones & anor (No. 3) [2009] NSWADT 318 : “…destined to become prescribed reading for lawyers, students and anyone wanting to know how talkback radio works to excite its audience.”
Our defamation win sends a caution: 2GB, Michael Pelly, The Australian, August 3, 2009. Trial judge Peter McClellan “even adopted [2GB presenter Jason] Morrison’s words in his judgment, saying Mr Trad “incites acts of violence, incites racist attitudes, is dangerous and perhaps most significantly is a disgraceful individual”… Mr Trad may never again be able to sue for defamation, with Justice McClellan declaring he was “a person with a seriously compromised reputation”.

“If ever there was a clear example that Lebanese males in their vast numbers not only hate our country but our heritage, this was it,” Jones raged. “They’ve got no connection to us. They simply rape, pillage and plunder a nation that’s taken them in. No one who’s written to me could believe what they saw. Without exception, you asked what did we do as a nation to have this vermin infect us like this. And what about the sacrifices of our war dead, made for this country to make it what it is today, and to have these mongrels laugh at them on national television?”

I live in Melbourne, Australia. I like anarchy. I don't like nazis. I enjoy eating pizza and drinking beer. I barrack for the greatest football team on Earth: Collingwood Magpies. The 2023 premiership's a cakewalk for the good old Collingwood.
View all posts by @ndy →
This entry was posted in Media and tagged Alan Jones, John HoWARd, Keyser Trad, Rue McClanahan. Bookmark the permalink.