Victory to Terrie-Anne Verney! Indian students finally “get the hint that they are not wanted here!”

Of bashed Indian students, she said they were “playing the victim card” and “the shit around their head must do something to their brain”. “Maybe a gun to their head might help them get the hint that they are not wanted here!,” she wrote.

Congratulations are in order to former Griffith (NSW) DJ Terrie-Anne Verney, as:

SYDNEY, Dec 30 (Reuters) – Australia’s international student sector, the third largest export earner, is forecast to see a 20 percent drop in Indian students in 2010, costing $69.7 million, after a series of attacks on Indians students in 2009.

A study by The Tourism Forecasting Committee released on Wednesday found that while international tourism numbers were expected to grow by 4.3 percent in 2010, there would be a significant decline in international student arrivals.

“The resultant loss in economic value to Australia could be as high as A$78 million in 2010 if these enrolments are not filled by other international students,” a statement by the Tourism Forecasting Committee said…

See also : Man fatally stabbed on way to work (AAP), The Age, January 3, 2010: “Police investigating the vicious fatal stabbing of an Indian man on his way to work in Melbourne, are appealing for help from the public. The 21-year-old staggered into a Hungry Jack’s restaurant on the corner of Somerville Road and Geelong Road, West Footscray, about 10pm yesterday and pleaded for help before collapsing. He was taken to the Royal Melbourne Hospital but later died…” | Race link ‘presumptuous’ in Indian killing: police (AFP): “SYDNEY — Australian police on Sunday played down suggestions the fatal stabbing of an Indian student in the southern city of Melbourne was racially motivated. The 21-year-old was apparently attacked as he walked through parkland west of the city on Saturday night. Senior sergeant David Snare said there was no indication the man, who had been studying accounting, was targeted because of his race. “I think to jump to any conclusion like that is presumptuous and may well interfere with the investigations,” Snare told reporters…” 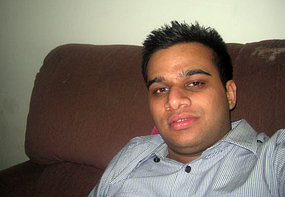 I live in Melbourne, Australia. I like anarchy. I don't like nazis. I enjoy eating pizza and drinking beer. I barrack for the greatest football team on Earth: Collingwood Magpies. The 2023 premiership's a cakewalk for the good old Collingwood.
View all posts by @ndy →
This entry was posted in Death, State / Politics, Student movement and tagged Australia, India. Bookmark the permalink.

13 Responses to Victory to Terrie-Anne Verney! Indian students finally “get the hint that they are not wanted here!”