Q. White supremacy in our backyard? A. NIMBY! 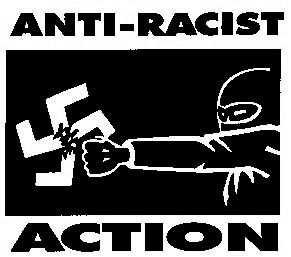 White supremacy in our backyard
The Weekend Australian

Australia First says publicly it’s not a racist party. Dan Box went under cover for months to get the real story

ONCE a month, the local branch of the Australia First party meets in the backyard of a small house in Tempe, inner-western Sydney, to drink beer, cook sausages and plot the triumph of the white race.

Last Saturday, however, was a “special meeting”, hosted at home by the party’s state co-ordinator, Jim Saleam.

Up for debate was how to turn the rollercoaster of publicity received after the Cronulla race riots into a legitimate political campaign.

While Australia First is commonly described as a neo-Nazi party, publicly the party claims it is not a racist organisation.

It says it is looking to legitimise itself, eyeing the next local council elections in Cronulla’s Sutherland Shire [in September 2008] as a starting point.

Speaking to The Weekend Australian, which attended the meeting using an assumed name, Jeremy Costello recalled a recent drive to Bondi, where he saw a rabbi walking down the road.

“We leaned out of the window and shouted ‘Sieg heil! Sieg heil!’,” he said.

Mr Costello says the group is serious about its political agenda, and is more than just a group of like-minded souls. “We’re not a social club. We get together every week to try to do something,” he said.

Ultimately, Australia First hopes to emulate the political success of the British National Party and become the acceptable face of Australian racism.

But baby steps first. A week from today, the party will begin campaigning on the streets of Cronulla for the 2008 council elections. Neil Baird – a former One Nation party treasurer and failed federal election candidate who now sees Australia First as his best shot – will try for local office.

Cronulla, they believe, is their big chance.

The party is proud of its role in what happened on December 11, when they called on “patriotic people” to join “this first great mobilisation of Australians against the terror of multiculturalist ideology and practice in this country’s history”.

“Before Cronulla we were nothing. That put us on the agenda. That was our breakthrough,” he said.

The Cronulla effect was also felt outside the party. That same Saturday, the city of Newcastle hosted the first Australian “Blood and Honour” white power gig in years, where a local band, Blood Red Eagle, played on a stage decorated with swastikas.

“Australia should remain predominantly white. That is party policy, but I don’t think that makes us racist,” she said.

Last Tuesday, Dr Saleam was invited to address a meeting of the Conservative Speakers Club in Strathfield, western Sydney.

After his speech, the first question from his audience was: “Jim, how long before we get a decent government, one that will bring back white immigration, national service and get these young punks into line?”

As well as campaigning in Cronulla, the party also hopes to set up branches in Port Macquarie on the NSW mid-north coast and Wollongong, south of Sydney, as well as sub-branches in Sydney’s western suburbs and Campbelltown. Existing branches operate in Melbourne, Adelaide, Newcastle and Brisbane.

Since the December 11 Cronulla riots, other more extreme groups have been torn about whether to get behind Australia First or stick to their own agendas. Australia’s racist community has been discussing whether to unite behind the party.

One of these is the White Crusaders of the RaHoWa, or Racial Holy War, run from an Oaklands Park post office box in South Australia by the organisation’s “Kommandant”, “Reverend” Colin Campbell III.

The White Crusaders are a religious movement based on the teachings of the self-titled “Pontifex Maximus” Ben Klassen, [not] currently serving 40 years in a US jail for soliciting the murder of a judge.

[Box is referring here to Matt Hale; and while Hale may be rotten, Klassen is decomposing.]

The group believes “the white race is nature’s finest”.

Its “Sixteen Commandments” state: “Remember that the inferior mud races are our deadly enemies, and the most dangerous of all is the Jewish race. It is our immediate objective to relentlessly expand the White Race, and keep shrinking our enemies.”

The church has its own wedding and “child pledging” ceremonies, while its website contains fairy tales to teach children “white racial pride”.

Like many other extremist groups, however, internal divisions both internationally and in Australia mean the Crusader’s numbers are limited.

While Mr Campbell claims to be the organisation’s second-in-command, he has authority over little more than a few scattered groups around the world. This same factionalism exists, too, within the more established parties.

Since February, Dr Saleam has been asked not to attend meetings of the NSW branch of One Nation.

Jim Cassidy, One Nation state president, said this was because of Dr Saleam’s past connections to “white supremacist” organisations.

“We’re not interested in going down that road and never have been,” he said.

The authorities, too, are cracking down on extreme right-wing groups.

The South Australian police are investigating whether the White Crusaders website breaches any laws.

After Cronulla, the Australian Security and Intelligence Organisation launched an investigation into a number of racist groups thought to have had a role in the violence.

Dr Saleam, jailed in 1991 for organising a shotgun attack on the home of the African National Congress’s Australian representative, Eddie Funde, now has to contend with stickers put up on his street calling him a pedophile.

Jeremy Costello has seen his phone number among graffiti near his home, along with a message saying he is available for gay sex.

When contacted by The Weekend Australian for this article, both Dr Saleam and Mr Costello refused to comment.

Despite this, Australia’s extremists still believe they have a political future in this country.

One, anonymous, posting on the “white nationalist” Stormfront Downunder internet forum, called for an end to the factionalism that has defeated the movement in the past.

“We must imitate those already in government in terms of appearance, manner, and promotion,” it said.

“(Our message) must be marketed, it must be refined, it must have the support of intellectuals, white- and blue-collar, the faithful and the faithless. The last two months have done more for Australian nationalism than the last 10 years combined.”