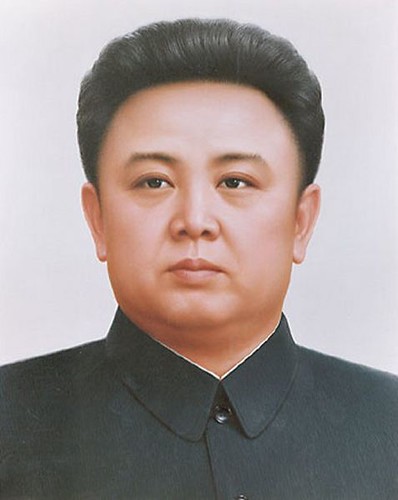 May the Ever-Victorious Banner of Our Revolution led by KPA Supreme Commander KIM JONG IL and the Pyongyang Mission of the AINDF (Anti-Imperialist National Democratic Front) fly forever in our hearts!

Once again comrades we near an occasion momentous for humankind and all the revolutionary forces who desire to see communism realized. On 2.16 2009 (Juche 98) the anniversary of the birth of KPA Supreme Commander KIM JONG IL occurs. Born at the secret camp at the base of Mt. Paektu, KIM JONG IL was brought immediately into an atmosphere of intensive revolutionary struggle as the son of KIM IL SUNG. KIM IL SUNG established the forward revolution of Korea under the banner of the Juche idea, which the RPP upholds as the guiding principle of the party and the penultimate of communism today and under which the DPRK has flourished in proletarian state power, treading incessantly toward communism, for decades. KIM JONG IL furthered the worldwide revolutionary advance of the Juche idea through setting the bar high in marching toward a collective and human-centred future in Korea with the campaign to imbue all of society with the Juche idea of the Great Leader KIM IL SUNG. In addition, KIM JONG IL advanced Juche with the development of the mighty weapon of Songun politics: the army-first approach making the DPRK an invincible fortress protecting the beloved people’s socialism against imperialist encirclement through force of arms…

Travel to the DPR Korea, in a world-historical mission organized by the Korean Friendship Association (KFA)!

These trips “have become popular amongst our KFA members as well as other people, who are welcome to join, to experience North Korea outside the tourist trail and have interaction with North Korean citizens first hand.” The next trip is scheduled for April 11–April 20, but hurry — the deadline for pre-inscription is March 5!

See also : Letter of Criticism to the Rural Peoples Party: In Defense of Marxism-Leninism, Marcus Winter and Prairie Fire, October 20, 2008: “This article is written and addressed to the Rural Peoples’ Party (RPP) from the members of the Hoxhaist Union and the American Party of Labor [‘a growing Marxist-Leninist Party in the United States’]. This article shall focus on Juche, the ideology of the Democratic Peoples’ Republic of Korea (North Korea) which shall be henceforth referred to as the DPRK, and its deviation from the ideology of Marxism-Leninism. Hereby I shall seek to make the case that the Juche idea formulated by Kim Il-Sung must be officially recognized as revisionism and not a “continuation” of Marxism-Leninism. To put it concisely, revisionism is defined as the “watering down” or flat-out abandonment of Leninism as a science and as an ideology. This term encapsulates with the utmost clarity what the Juche idea of the DPRK has become—a “replacement,” a “perversion,” if you will, of the science of Marxism-Leninism…”

In the meantime, the revisionist, bourgeois perverts at the imperialist BBC relate lies about the Great Leader:

Konstantin Pulikovsky, a Russian emissary who travelled with Mr Kim by train across Russia, reported that the North Korean leader had live lobsters air-lifted to the train every day which he ate with silver chopsticks.

The two men shared champagne with a bevy of female companions of “utmost beauty and intelligence”, according to Mr Pulikovsky.

Mr Kim also has a reputation as a drinker.

He was seen draining 10 glasses of wine during his 2000 summit with South Korean President Kim Dae-jung and is known to have a taste for Hennessy VSOP cognac.

A film by RAPHAEL WILKING and HANS VAN DIJK

Hilarious and ultimately sobering account of the first time an international group of Kim Jong II sympathizers visits North Korea. Declared as a nation on the axis of evil by George W. Bush, North Korea is the country many love to hate.

FRIENDS OF KIM chronicles the ‘International March for Korea’s Peace and Reunification’ organised by the Korean Friendship Association through North Korea. Its aim: to show solidarity with the regime and the North Korean people. The authorities even allowed some US citizens in and an American journalist from ABC.

The KFA, is a worldwide group of supporters of North Korea. They are young, idealistic and fed up with the consumerism of the Western world. Its leader is a 29 year old Spanish citizen, Alejandro Cao de Benos de Les y Perez. Originating from an aristocratic family he heads the organization in true North Korean fashion.

In 12 days the 22 participants of the March travel through a country full of monuments, propaganda and poverty. FRIENDS OF KIM is a film about idealism, trust and crime. It begins as a magical mystery tour but gradually some travelers discover that the “workers’ paradise” is far from heavenly.