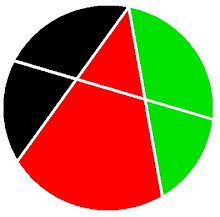 It is clear that the intention of those people from the beginning was to spill blood and not to bring any humanitarian aid to Gaza.

Deputy Prime Minister and Minister of Foreign Affairs Avigdor Liberman: First of all, I want to express my admiration for the IDF soldiers, who showed responsibility, restraint, and great courage in impossible conditions, under the brutal attack of a bunch of anarchists, hooligans and terror-supporters…

We knew it would not be nice, but we could not guess how brutal and mindless it would be. We had planned and prepared during the weeks and when the time was known – we prepared for reciprocal actions. The surprise and the shock we experienced when [we] got the news on the piracy on the high sea of Israel – in international waters – about 150 kilometers from the shore of Gaza, cannot be described.

Israel did its “best” to prevent a daytime confrontation with the solidarity flotilla at the sea gates of Gaza that would get a lot of media attention. However, the horrendous military fiasco in the middle of the night was plain for all to see in both the international and Israeli media. During the night, we got the sad news about the murdered and injured comrades and the radical left was mobilized according to that.

About 200 activists – mainly of the coalition for solidarity with Gaza, which the AAtW are part of – converged on Ashdod, on the shore near the entrance of ships to the harbor.

On the roads leading there, the State forces harassed some comrades on their way to the demonstration, but all succeeded in arriving.

We held placards and banners and chanted for hours… and saw a few of the kidnapped vessels being brought into the port.

In the evening, there were three mass demonstrations in Jerusalem, Haifa, and Tel Aviv.

In Tel Aviv, a surprisingly big mass demonstration of about two thousands participants converged in front of the war ministry compound, and included some of the Zionist left.

For about two hours we expressed our indignation and anger towards the Israeli state. After a while, we moved with our red’n’black flags and drums circles to the edge of the crowd and chanted our non-diluted slogans.

I live in Melbourne, Australia. I like anarchy. I don't like nazis. I enjoy eating pizza and drinking beer. I barrack for the greatest football team on Earth: Collingwood Magpies. The 2021 premiership's a cakewalk for the good old Collingwood.
View all posts by @ndy →
This entry was posted in Anarchism, State / Politics, War on Terror and tagged Free Gaza Movement, Israel. Bookmark the permalink.