I reckon this has gotta be a first.

Among the 21 Golden Dawn candidates bumped into the Greek Parliament Last Thursday is ‘Kaiadas’ (Giorgos Germenis when he’s at home), bass player for Naer Mataron.

Germenis’ success gots me thinking: could there be room for local NSBM practitioners in the Australian Parliament?

Still, if not the national parliament, why not local council?

The nearest political equivalent to GD in Australia is the Australia First Party. Admittedly, members of AF are more likely to be found wearing cardigans than they are leather jackets, but they do have a yoof wing: the Eureka League. And OK, the yoof wing leader is a middle-aged fella named Brendan Gidley, and yes, in its previous incarnation (the Patriotik Yoof Laegue), its leader was another middle-aged bloke named John Drew…

AF had its own Golden moment back in November 2006, when Bruce Preece was elected to local council in Adelaide. Preece appears to have exited the party not long after being elected, and has had his own share of problems since, but his triumph does provide evidence that a White nationalist can indeed win an electoral contest. Further, Peter Schuback recently (April 28) came third of four candidates aiming for a seat in Division 8 of the Fraser Coast Region in Queensland, scoring 1,002 votes or 19.11%.

Who then might AF attract to join its NSBM division? 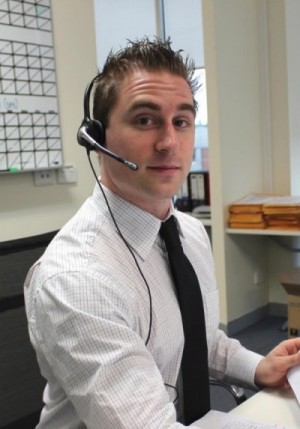 According to the band (in an interview with a Greek nazi zine), the name Waffenbrüder “was chosen to convey our ultimate purpose; armed insurrection”. Personally, I don’t think that the boys’ phantasy of national socialist revolution should exclude Sansom from a place on, say, Boroondara Council, especially given that, in the case of GD, a desire to ethnically cleanse the country of non-Greeks doesn’t mean that they haven’t a rightful place in the nation’s parliament.

Or maybe that’s just me.