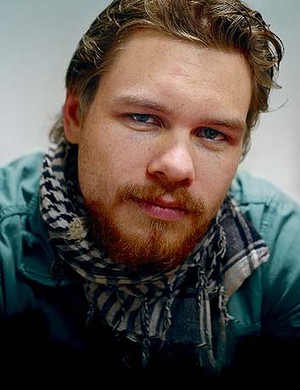 On the 9/7/2013 the Head Prosecutor of Bulgaria rejected Australia’s request to transfer me to serve my sentence in Australia. His excuses can be summarized into 3 major points:

1. Bad prison conduct;
2. Not served enough time of the full sentence and;
3. Until now the goals of the sentence have not been fulfilled.

In reply I say:

What does it matter how much of my sentence I have served, the request from Australia was to be transferred to finish my sentence in an Australian prison. This second point of the Head Prosecutor is reflective of their belief that in Australia I will be released as so many wrongly convicted in corrupt countries are when they are returned to their home countries. Australia has explicitly said they will not release me if transferred to Australia; however it is in the mind of the Head Prosecutor, that my case has become the shame of the Bulgarian state. Only in his world I am still guilty, but in no one else’s.

What are these goals that the Head Prosecutor speaks of? I have not been informed of any such goals, I was told and am told almost daily by Sofia Prison staff that I am simply to sit on my bed and finish my sentence in prison. Are these the goals that have not been achieved? If he could, as publicly as he rejected transfer, to publicly explain to everyone what these goals are and how they have not been accomplished? And how he expects them to be accomplished if no one knows what they are?

The Head Prosecutor of Bulgaria has exited the world of law and entered the world of metaphysics. Nothing the Head Prosecutor said was based on law other than his right to deny transfer. The reasons for such a denial have no connection with law or reality and almost everyone who has read the prosecutor’s decision burst out laughing at the audacity of such bold lies.

As so much of Bulgarian society are entering the streets to vent their frustration with such an inherently corrupt state, I remind the Bulgarian people and others, that I too am a victim of this disgustingly corrupt state. I was convicted to 20 years due to corruption, discriminated and persecuted in prison due to corruption and now the transfer denied due to corruption. The Prosecutor’s office attempts to be on the side of the Bulgarian people, making such a populist decision. However they have shown themselves to be of the same arrogant yoke as their political friends in parliament. They are the untouchables, unanswerable to anyone other themselves and this is where corruption and maladministration fester like gangrene to spread throughout society to destroy all around it.

Australians, in this election year, I ask all my friends and family to ask Labor and Liberal “what will they do for Jock?” Julia Gillard refused to help, so now it is time to ask Kevin Rudd “why have you been so quiet over the injustices committed against Jock?” and alternatively ask the opposition Tony Abbott “why have you not challenged such inertia and silence of the government?” Tony Abbott who claims to be motivated by Catholic values, the same values that motivated me to defend a man being attacked by 15, has offered nothing to help my family over the last 5 years despite me and many of my family living in his electorate. I have been forsaken by both political parties.

The state will inevitably keep me in prison to the minute of my 20 year sentence; this at least is the goal of Bulgarian Socialist Party Deputy Monov and his cronies in the party. And most likely they will succeed as there is no political will to help me from either of the major Australian parties. However I will be for every minute the international symbol of the Bulgarian state’s shame, the anti racist jailed for saving a persecuted man’s life against 15 bloodthirsty neo-fascists connected with National Resistance fascist organisation.

I live in Melbourne, Australia. I like anarchy. I don't like nazis. I enjoy eating pizza and drinking beer. I barrack for the greatest football team on Earth: Collingwood Magpies. The 2023 premiership's a cakewalk for the good old Collingwood.
View all posts by @ndy →
This entry was posted in State / Politics and tagged Jock Palfreeman. Bookmark the permalink.