Update : Sadly, it appears that Blacktown City Council is happy to provide a platform to racists, fascists and neo-Nazis. You can let Council know what you think of their decision to facilitate racial vilification via their Twitter account here and Facebook page here. 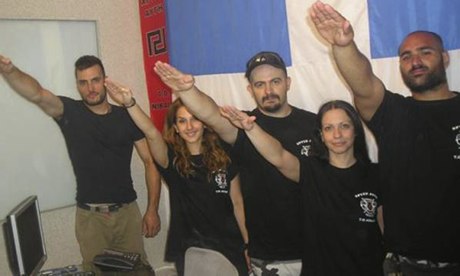 On Saturday, May 24, some locals in western Sydney have organised to protest a public meeting of the Australia First Party. The meeting features the powerful oratory of Dr James Saleam, the leader of AF; Iggy Gavrilidis, the leader of the neo-Nazi Golden Dawn in Australia; and Julie Head. The meeting is taking place at Doonside Community Centre, 38 Hillend Rd, Doonside, NSW 2767; (02) 9839 6000. 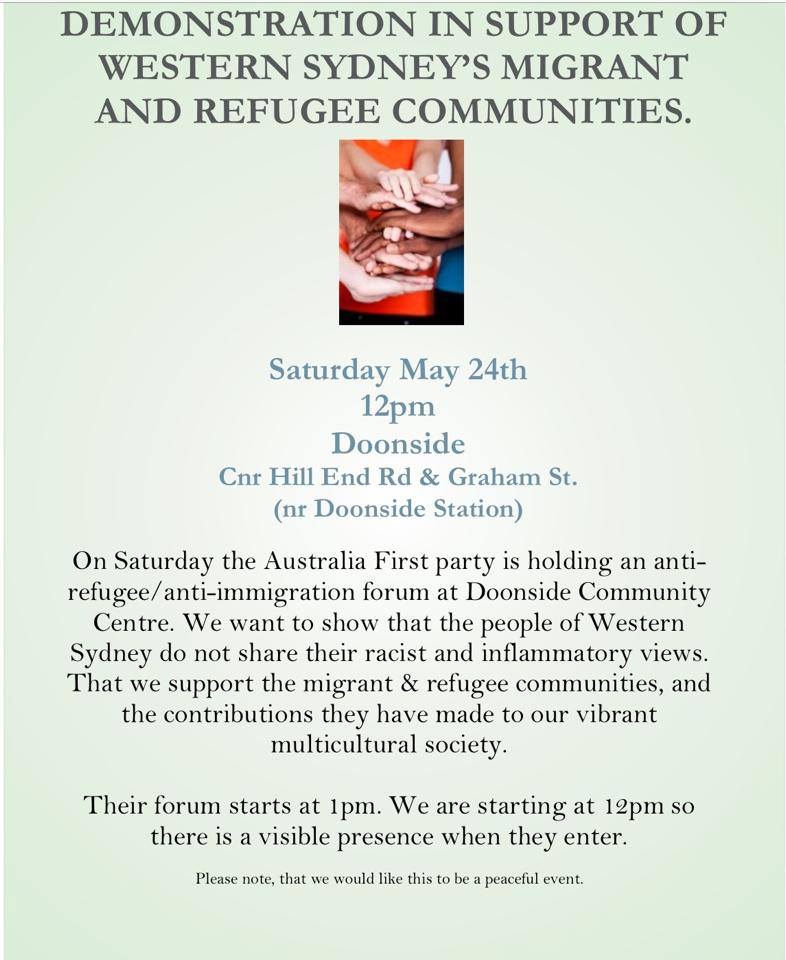