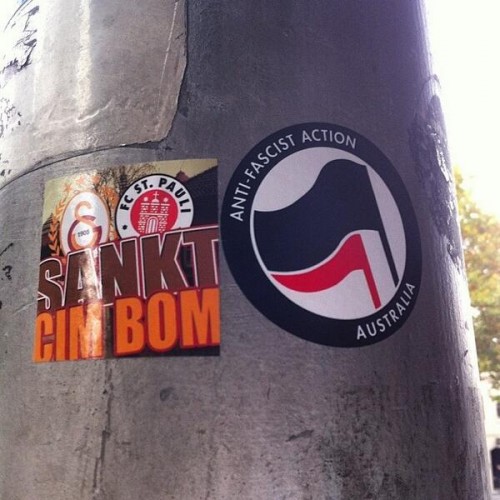 Vice has published an article exploring Dr Jim Saleam’s Wonder World aka ‘The Bunker’ in Tempe: headquarters of the Australia First Party. It fails as an act of spotting (SAlt was absent from the counter-protest the other week), but it was curious to read that the Party for Freedom’s Chairman, Nick Folkes, is seemingly attempting to ingratiate himself with the AF mob, especially as the PfF split from APP, which was in turn a split from AF (supposedly because AF contained a few too many anti-Semites and not nearly enough Islamophobes). In any case, Folkes don’t mind hangin’ with Jew-haters, the PfF’s Vice Chairman, Martin Fletcher, once having halped distro Down Under WWII-era Serbian Nazi propaganda as well as that produced by Tom Metzger‘s White Aryan Resistance.

In other news, as well as providing antifa the personal details of its fuehrer, the split in neo-Nazi groupuscule Nationalist Alternative has produced another tiny grouplet, this one calling itself NRG (‘National Republican Guard’). Hitler-loving fans of uptempo disco or electronic dance music will be thrilled.