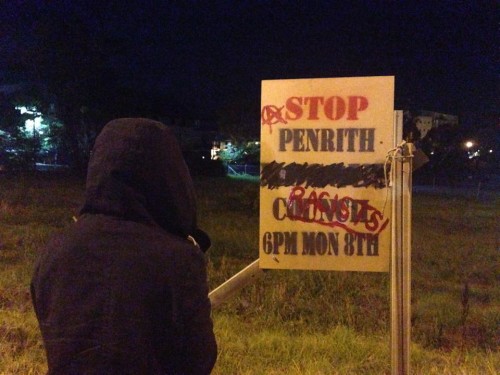 Penrith Council met last night (December 8) to discuss a rescission motion put by councillor Marcus Cornish regarding the construction of a Muslim community centre at Kemps Creek. (See : Against the far right; against Islamophobia: Rally in Penrith, December 8, December 2, 2014.) On December 7, Cornish posted the following message on Facebook, asking his supporters to bring “presents” to the meeting: 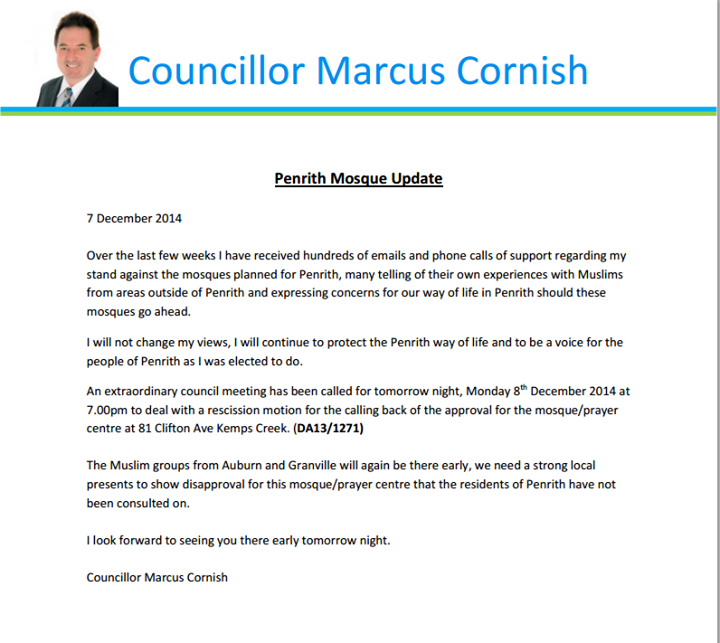 For batshit invective, however, I’ve not read anything quite as superb as the ADL’s declaration of war upon “the evil anarcho-pinko-anarchist-islamic cabal of dirt”: 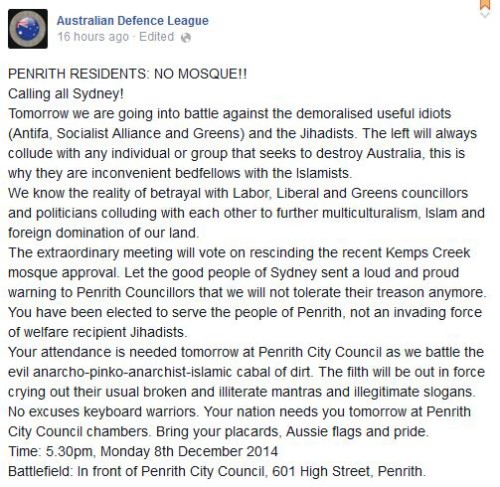 The meeting was also the subject of two rallies, ‘for’ or ‘against’ the proposed development, with the participation of the Australia First Party (AFP — below), Australian Defence League (ADL), Party for Freedom and Squadron 88 on one side and, consequently, various anarchists, antifascists, anti-racists et al on the other. Penrith locals found themselves on both sides of the equation. 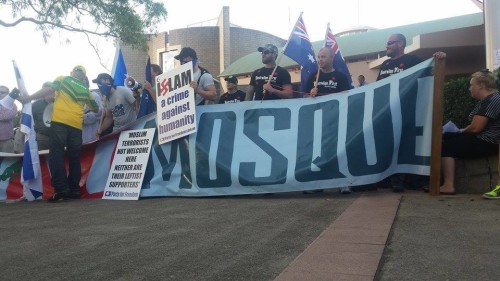 The Black Flag – Western Sydney Peoples Collective, one of the groups involved in organising to oppose the far right presence at Penrith, issued the following statement after the evening’s events:

Sorry for the black out for the past hour, we had a lot of stuff to carry on the way out. After a number of ANTIFA were threatened with arrest by the cops if we stayed, we left in a large block. The fascists behind us shouted they had won the day, yet our comrades who stayed behind at the #Penrith council meeting have informed us that the vote to build the community centre has been upheld!

So long as good people are willing to stand up to evil ideologies, they will always fail. #ANTIFA

In terms of the far right presence, it seems as if Ross ‘The Skull’ May did not attend, despite having attended on November 24 and promising violence at the December 8 meeting (in a now-deleted video published by Squadron 88 on YouTube). About 6 or so members of Squadron 88 attended and a handful of these are featured in some of the state/corporate media reportage (though are not mentioned by name): 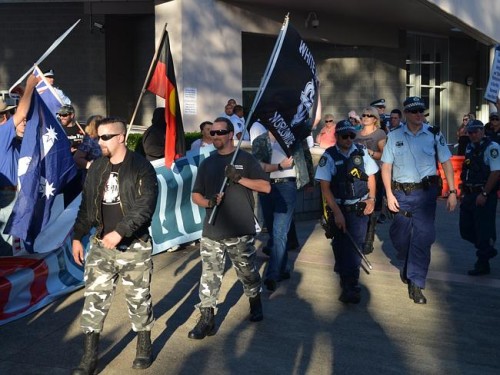 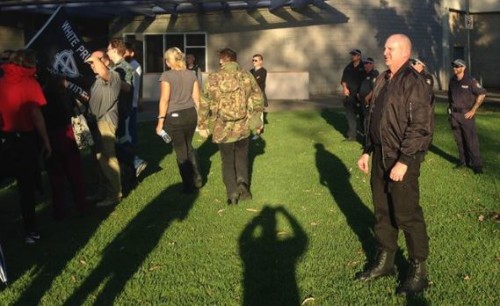 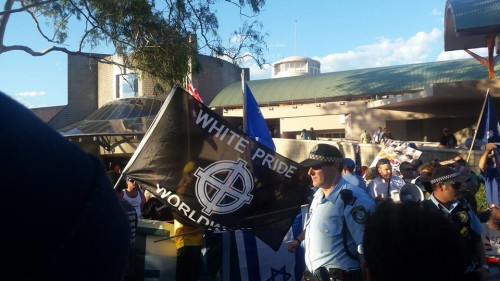 I live in Melbourne, Australia. I like anarchy. I don't like nazis. I enjoy eating pizza and drinking beer. I barrack for the greatest football team on Earth: Collingwood Magpies. The 2021 premiership's a cakewalk for the good old Collingwood.
View all posts by @ndy →
This entry was posted in !nataS, Anarchism, Anti-fascism, State / Politics, War on Terror and tagged Australia First Party, Australian Defence League, Islamophobia, Penrith, Penrith Council, Squadron 88. Bookmark the permalink.