#BorderForce or #BorderFarce : Operation Fortitude gets in the sea 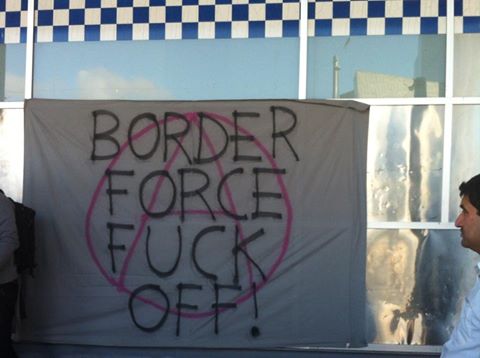 But things didn’t go quite as they had planned …

I live in Melbourne, Australia. I like anarchy. I don't like nazis. I enjoy eating pizza and drinking beer. I barrack for the greatest football team on Earth: Collingwood Magpies. The 2023 premiership's a cakewalk for the good old Collingwood.
View all posts by @ndy →
This entry was posted in Anarchism, Anti-fascism, Media, State / Politics, That's Capitalism!, War on Terror and tagged Border Farce, Border Force, Operation Fortitude, XBORDER, xBorder Operational Matters. Bookmark the permalink.

5 Responses to #BorderForce or #BorderFarce : Operation Fortitude gets in the sea