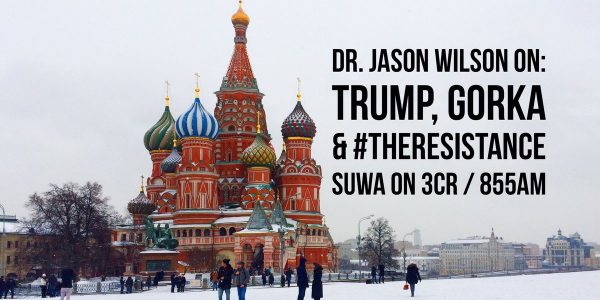 Our guest on the March edition of Floating Anarchy (4th Friday of the month on The SUWA Show on 3CR) is Dr Jason Wilson.