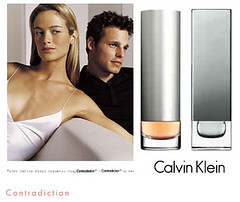 STUTTGART, Germany A German man went on trial Wednesday for displaying Nazi symbols including swastikas even though he was campaigning against far-right extremism and the swastikas had a line drawn through them in a symbol of cancellation.

Prosecutor Bernd Haeussler urged a Stuttgart state court to fine Juergen Kamm €6,000 (US$7,610) for selling various merchandise that carry the swastikas and other Nazi symbols through his mail-order business.

“Swastikas shouldn’t be displayed in such a striking way,” Haeussler said, adding that he hopes the outcome of this trial will bring about a complete ban of Nazi symbols in public spaces.

But defense attorney Michael Wolff argued that Kamm, who employs 10 people at his Nix Gut firm, was using the symbols to fight against neo-Nazis and other far-right extremists and should be acquitted.

“It should not be illegal to use the symbols against Nazis,” Kamm, 32, told the court.

The case challenges post-World War II laws that make it illegal to display or reproduce symbols used by the Nazis. Both sides have said they will appeal to a higher court if necessary.

[UPI reports: “However, Germany’s supreme court ruled more than three decades ago that it was not illegal to show a swastika if it had clearly been altered for the purposes of protesting against Nazi ideas.”]

A ruling in the case is expected Oct. 6.

Several politicians, including the head of the Green party Claudia Roth, have reported themselves to prosecutors in Stuttgart for wearing anti-Nazi T-shirts and buttons that include the banned symbols.

Prosecutors said these cases are still under investigation. 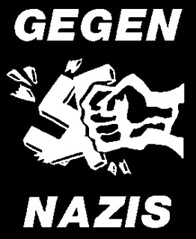 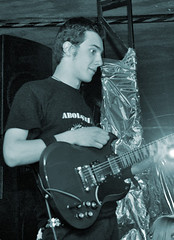 I live in Melbourne, Australia. I like anarchy. I don't like nazis. I enjoy eating pizza and drinking beer. I barrack for the greatest football team on Earth: Collingwood Magpies. The 2023 premiership's a cakewalk for the good old Collingwood.
View all posts by @ndy →
This entry was posted in !nataS, Anti-fascism, History, State / Politics. Bookmark the permalink.