A Tale of Two Birminghams 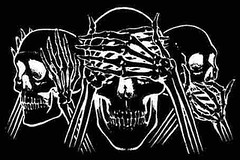 Noel Martin plans to take his own life in less than a year. Just over 10 years ago, a neo-Nazi attack left him paralyzed from the neck down. He plans to fight right-wing extremists to the very end.

Noel Martin has only 297 days left. But time, he says, is also limited for the neo-Nazis who ruined his life.

Noel Martin has already chosen July 23, 2007 to be the day he dies. On that evening, his pulse will gradually slow down until it stops completely. He has decided to die as a result of a lethal blend of drugs — administered in Switzerland by Dignitas, an organization that offers its clients medically assisted suicide…

The attack occurred on June 16, 1996 in Mahlow, a town in the former East German state of Brandenburg where the dark-skinned, Jamaican-born Briton was employed as a construction worker. A stone crashed through the windshield of his car and Martin’s car veered off the road. He remembers seeing a tree careening towards him and jerking the steering wheel…

Two young Germans, Sandro R. and Mario P., had thrown a lump of concrete at Martin’s car. They were 17 and 24 years old at the time and their motive was “explicit xenophobia,” as a court later determined. They were sentenced to five and eight years in prison. Noel Martin never got an apology, but by now he doesn’t care any more. “It would be a waste of time. God will take care of them,” he says, “life will take care of them.” Both of his attackers are now free. But Martin is still imprisoned — in his own body.

The attack left Noel Martin paralyzed from the neck down. “I am not a part of life,” he says, 10 years and three months later, “I just exist.” At home in Birmingham, he leans his heavy head against the headrest of his giant wheelchair. He fixes his weary eyes on his interviewer. “Everything has to be figured out by your head. It’s torture, mental torture,” he sighs. Martin will never be able to move his arms or legs again and he’ll never be able to feel what his fingertips touch. He’ll never have sex again, never go to the toilet by himself. Nor will he ever feel his own heartbeat…

Right-wing extremists, for their part, see it as a provocation that he is still alive. One of their Internet forums features a post by a neo-Nazi urging Martin to burn himself alive on a market square, noting that this would save money. The author of the post adds that he would be “happy to donate the gasoline.” What does Martin think about the neo-Nazis? “Foolish people who know nothing about life. They love white skin, but they lie down in the sun to get a tan.” He says to let them talk — after all, there is such a thing as freedom of speech. “I wasn’t afraid of them then, and I’m not afraid of them now,” he says.

Black people still aren’t safe in Brandenburg today, 10 years after the attack on Noel Martin. “The government should make sure everyone can go wherever they want and be safe,” he says. Martin knows how far-reaching the problem is. The first time he heard the word “nigger” was decades ago, back home, in the British industrial town of Birmingham…

The right-wing extremists may well celebrate his death as a late triumph, but Noel Martin takes a very different view. “I have some bad news for those people,” Martin says. He raises his head and his voice as if he were preparing to give a speech: “Of the 6 billion people in the world, 5 billion are people of color. Sooner or later they’ll all mix.” He grins. “Who knows? Maybe the children of these Nazis will marry a black man or a black woman one day?”

He likes the idea. The [neo-]Nazis are running out of time — with or without Noel Martin. 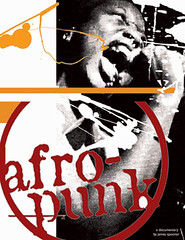 Oi! You stupid bastards just wake up
And think about
Where your culture comes from
Oi! It’s not just having fights
Dancing and drinking
Dressing up and owning many records

Oi! It’s fighting back
So you should feel
Like a suburban rebel
Oi! Social difference is the reason
Employees are still exploited

Oi! Fred Perry was a Jew and Levi, too
Black music
The movement source
Oi! Is kicking out the stupid racists
So let the kids be united
Oi! Don’t influence the younger ones
By telling much
Without saying anything
Oi! Skinhead’s not a stupid culture
Your’re not allowed
To switch your brain off

Oi! You’re singing songs about a teenage warning
About not showing the white flag
Oi! Don’t talk about a way of life
Though for you
There’s no deeper meaning
Oi! Is feeling pride
But just posing
Is no reason to be proud
Oi! So skinhead is a different thing
Your infiltration will be stopped

I live in Melbourne, Australia. I like anarchy. I don't like nazis. I enjoy eating pizza and drinking beer. I barrack for the greatest football team on Earth: Collingwood Magpies. The 2023 premiership's a cakewalk for the good old Collingwood.
View all posts by @ndy →
This entry was posted in Anti-fascism, Collingwood, History, Music. Bookmark the permalink.

5 Responses to A Tale of Two Birminghams