White Terror (Dir: Daniel Schweizer, 2005), an hour-long documentary exploring the (already well-documented) international neo-Nazi networks centred on Blood & Honour, screened on SBS this evening. It was ‘okay’ in that, on the one hand, it revealed nothing new, but, on the other, may cause some tiny number of people in Australia to possibly pay more attention to the fact that their brothers and sisters — with the full support of the Russian state — are systematically being exterminated — stabbed, shot and beaten to death — by Russian boneheads.

This is unlikely though: the popularisation and commercialisation of ‘punk’, for example, has been accompanied by a concomitant process of gentrification and depoliticisation. In short, (local) punks — with a few honourable exceptions, natch — don’t give a shit. In fact, many are happy to play along — literally. For example, in Melbourne, Blood & Honour (Australia) has, over the course of the last few years, enjoyed holding meetings and playing gigs at the Birmingham Hotel in Fitzroy; the few voices raised in opposition denounced as ‘fascist’.

A radically incomplete list of victims of neo-Nazi violence in Russia over the course of the last few years includes: 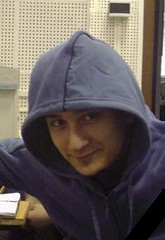 Aleksandr “Shtopor” Ryukhin : 19 year-old student and punk rock fan. Stabbed to death by a group of 6-8 boneheads while on his way to a gig. 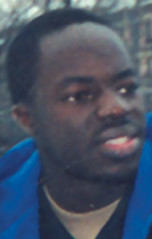 Ainur Bulekbayeva : 27-year-old worker, an ethnic Azeri, stabbed to death while walking home from work. Her friend and co-worker was also stabbed, but survived. 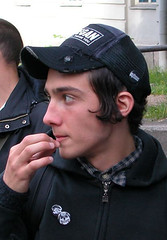 Timur Kacharava : Anarchist, musician and student, 20-year-old Timur and his friend were ambushed by a group of 8-10 boneheads outside a bookshop. Timur was stabbed to death. 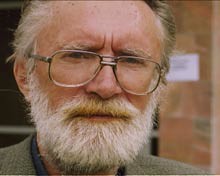 Nikolai Girenko : 64-year-old prominent human rights defender, Professor of Ethnology and expert on racism and discrimination in the Russian Federation. Shot to death in his home in St. Petersburg.

Lin “Spit” Newborn and Dan Shersty : 24-year-old Lin and 20-year old Dan were shot to death in a desert outside of Las Vegas. “Ross Hack, who fled to Europe when he was identified as a suspect two years ago, has never been charged for his involvement in the murder. According to the defense attorney, Ross Hack has been on a “two-year vacation in Europe,” courtesy of his rich father.”

For more on Russian antifa… I can find not much other than an article from a Russian ‘alternative’ newsweakly called the eXile. It’s republished — without attribution — on the libcom site. The curious thing about the article — apart from its mocking tone* — is its publisher. According to their blurb: “Edward Limonov, the avant-garde writer and radical politician, wrote the forward for the book [The eXile: Sex, Drugs, and Libel in the New Russia], and has been a regular contributor (when he’s not serving time in jail).” When he’s not penning ‘forwards’ for his mates (or doing time) Edward Limonov is also the leader of the neo-fascist National Bolshevik Party: this would help explain both the article and the fact that the eXile advertises the Party on its site.

*Had I had the good sense to call Edward Limonov before embarking on this fool’s errant, I could have saved myself a lot of trouble. Limonov told me, “I have no interest in these guys. They’re irrational.” After all my efforts to secure an interview, I can safely say, he’s right. Ukrop’s name says it all, really. AntiFA is the dill of Russia’s extremist politics: bland, irrelevant, and easily ignored.

For more on Blood & Honour Australia, interested parties may like to attend the upcoming fascist Sydney Forum* (August 26-27), where Welf Herfurth will be acting as MC, introducing speakers including Dr. Jim Saleam and Andrew Fraser.

Welf will be happy to answer all your questions, especially those concerning his participation in assisting Blood & Honour organise a benefit gig at the Hamilton Hotel in Newcastle on February 25 this year.

This year’s Forum might be demonstrated against. In order to assist us in ensuring we can get things rolling, we have instituted an otherwise regrettable security measure.

We are not passing out the Saturday venue details until Saturday morning. It is therefore essential we have your phone number (and/or e-mail address) whilst in Sydney or you make it your business to contact us on the available phone lines.

Agendas will be given out at the hall.

We sincerely apologise for the necessity of these arrangements.

The Sunday section of the Forum will be held at 725 Princes Highway, Tempe.

“Two myths have grown up around the event, which of course was a milestone in the long history of working class struggle. One is that the opposition to the Mosley fascists was almost entirely Jewish. The other is that the “battle” was between the protesters and the Blackshirts. It was not – it was a battle with the police.

There was a quarter to half a million people in the East End streets that Sunday. Many of them were Jews because, as Mosley knew and had campaigned for some years and so designed his provocative action on anti-Semitic propaganda, Stepney and Whitechapel had at that time the largest Jewish community in Britain. But it was numbered in tens, not hundreds, of thousands. The packed crowds that day consisted of many thousands of non-Jewish Londoners.

As far as the religious leaders of the Jewish community were concerned, the Board of Deputies of British Jews, their top authority, made special calls the previous week opposing any physical confrontation with the Mosleyites, urging their congregation to stay indoors. They pursued the same fatal policy that the Jewish leaders in Germany had pursued only four or five years before when faced with the brownshirts of Hitler. We know where that led.

But their followers had more sense. They came out in their thousands. The opposition in the East End itself was organised largely by the grassroots Jewish organisations, the workers’ circles, the furniture and garment workers’ trades unions, by the shops and the workshops.”

I live in Melbourne, Australia. I like anarchy. I don't like nazis. I enjoy eating pizza and drinking beer. I barrack for the greatest football team on Earth: Collingwood Magpies. The 2021 premiership's a cakewalk for the good old Collingwood.
View all posts by @ndy →
This entry was posted in Anti-fascism, History, Television. Bookmark the permalink.