The Arcadia Hotel in South Yarra is tonight hosting a fund-raising event organised by local dingbat Avi Yemini and his micro-party, the ‘Australian Liberty Alliance’. You may remember Avi from his failed attempt to bring Pauline Hanson to Caulfield, or perhaps his numerous dalliances with fascism and the far right as documented, for example, by the Australian Jewish Democratic Society///jews against fascism. His keenest supporter, and sometime bodyguard, at such events is Daniel Jones (‘Francis Castiglione’: below), who himself is a budding vigilante with a particular fear and loathing of African youth … 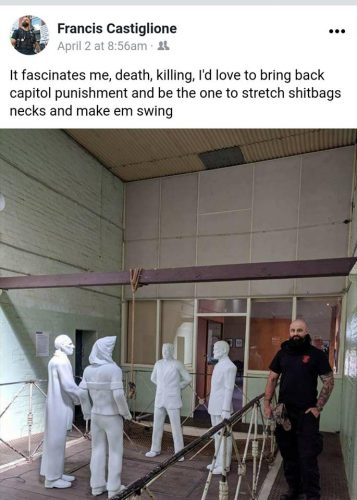 The event went ahead, despite some calls for the pub to reconsider. Such attempts were doomed from the start, however, as the proprietor, Ken Nicholls (below, with Dutch politician Geert Wilders, October 2015), is in fact an ally of the ALA and The Q Society, the venue having been used on several previous occasions to host events organised by Q and ALA, and Nicholls himself forming an important part of their political and social network. 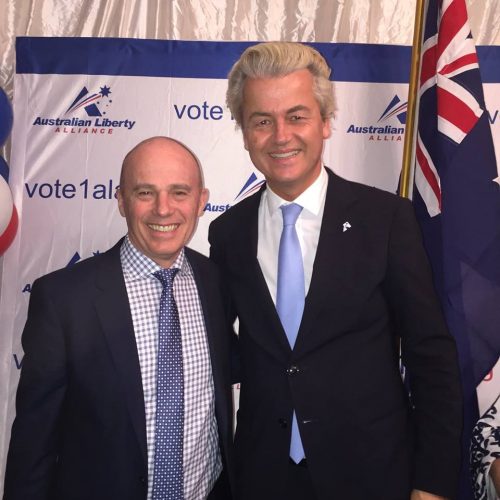