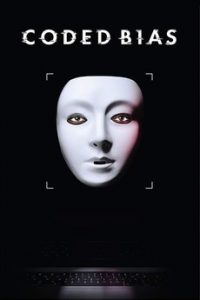 On this week’s episode of Yeah Nah, we talk to Shalini Kantayya [Twitter], the director of Coded Bias, a terrific documentary currently screening at MIFF 68 1/2.

CODED BIAS explores the fallout of MIT Media Lab researcher Joy Buolamwini’s startling discovery that facial recognition does not see dark-skinned faces accurately, and her journey to push for the first-ever legislation in the U.S. to govern against bias in the algorithms that impact us all.

Modern society sits at the intersection of two crucial questions: What does it mean when artificial intelligence increasingly governs our liberties? And what are the consequences for the people AI is biased against? When MIT Media Lab researcher Joy Buolamwini discovers that most facial-recognition software does not accurately identify darker-skinned faces and the faces of women, she delves into an investigation of widespread bias in algorithms. As it turns out, artificial intelligence is not neutral, and women are leading the charge to ensure our civil rights are protected.

Shalini is a filmmaker and activist whose previous work includes A Drop of Life and Catching the Sun.

• Documents reveal AFP’s use of controversial facial recognition technology Clearview AI, Ariel Bogle, ABC, July 13, 2020 | Robodebt was an algorithmic weapon of calculated political cruelty, Asher Wolf, The Canberra Times, June 1, 2020 | #NotMyDebt : ‘a website built and run by a handful of volunteers from all around Australia, some with debts and some without, united by our deep concern about the injustice of Centrelink’s robo-debt fiasco and the impact it’s having on the lives of ordinary citizens’ /// Robodebt FAQs (Gordon Legal)

I live in Melbourne, Australia. I like anarchy. I don't like nazis. I enjoy eating pizza and drinking beer. I barrack for the greatest football team on Earth: Collingwood Magpies. The 2021 premiership's a cakewalk for the good old Collingwood.
View all posts by @ndy →
This entry was posted in Art, Broken Windows, Film, Media, Sex & Sexuality, State / Politics, That's Capitalism! and tagged 3CR, Clearview AI, Coded Bias, RoboDebt, Shalini Kantayya, Yeah Nah Pasaran. Bookmark the permalink.