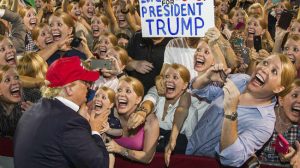 On this week’s episode of Yeah Nah, we talk to Marc-André Argentino [Twitter] about LMNOP Q Anon and the end of the Trump regime.

See also : QAnon and the storm of the U.S. Capitol: The offline effect of online conspiracy theories, The Conversation, January 7, 2021 | How susceptible is a university to extremism? (‘Marc-André Argentino, Concordia extremism researcher, discusses the psychology and the dangers of extremist radicalization’), Mzwandile Poncana, The Link, January 17, 2021.