Darrin Hodges is A Glutton for Punishment 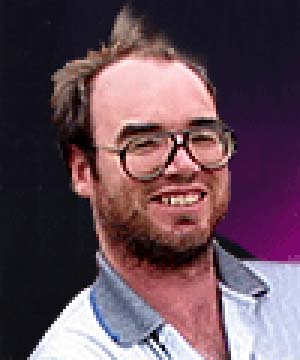 Due to personal circumstances I will be no longer [be] posting/visiting stormfront. I have also resigned my membership of Australia First. I apologise to anybody who may have been offended by my posts on stormfront.

I would appreciate it if a mod could disable/delete this account, thankyou.

Liar, liar, pants on fire! Just two and a half weeks later, Hodges is back!

OK, OK, it’s not exactly Earth-shattering news, but still. The question is: why? I think that there’s basically two possibilities: i) there’s been another change in Hodges’ “personal circumstances”; ii) he has cunningly uncovered a terrible truth: I am an advovate of ultraviolence. Well, that’s what our amateur neo-Nazi filmmaker reckons anyway.

On Stormfront, Proud to be an Infidel (Hodges, presumably) somewhat breathlessly breaks his silence by announcing that I “support utter lawlessness and destruction” and approve of the murder of Jean-Jacques Le Chenadec: “a retired Renault employee who was the only fatality of the 2005 civil unrest in France“. (He died in a coma while in hospital on November 7 after fracturing his skull, an injury which resulted from falling over and hitting the ground after being struck by a youth on November 4. Jean-Jacques had been attending to a burning trash can outside his apartment building in Stains at the time.) 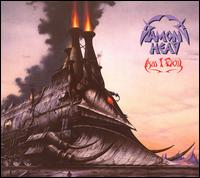 Actually, Hodges maintains that I’m a “pretendy anarchist” (ouch!) who likes nothing better than to “sit in [my] comfortable western lifestyle” while “inciting others” — like, presumably, rioting French youth — to “violent confrontation”. This, according to Hodges, is “real” anarchy; whereas Reclaim the Streets is “safe” anarchy, “where socialists get to show off their dancing and bongo playing skills”! (Well, it may be obvious that he’s never attended an RTS action, but at least he’s got a sense of humour… which I imagine is quite a plus if you’re a neo-Nazi and you look like Hodges does.)

That said, there’s a few flaws in Hodges’ argument:

1) My entry on the French riots was not, as far as I’m aware, published and distributed by a group of other anarchists to the ‘gangs of youth’ in question who, having received their orders, then proceeded to riot. In fact, until very recently, I doubt it would have been read by anyone apart from myself and my housemate! Still, the world really is an amazing place, so — who knows? — maybe French authorities will blame me for the 8,973 vehicles torched and 126 police injured during the 20 nights of rioting. (Further Sketchy Thoughts may be read here and here.)

2) This entry was published on November 6. The riots began on October 27, peaked on November 7, and had largely ended by November 16/17, at which point the French authorities introduced martial law.

3) Hodges fails to mention that my entry contains versions of this message in English, Russian, Greek, Dutch, French, English (again) and French (again). Well, sort of. They’re all machine translations of the text of the ‘open letter’. Further, the bombastic tone is a conscious parody of similar ‘open letters’, and alludes to previous events in French history. But to appreciate this, you’d need not only a sense of humour, but a sense of history too: both virtues that Hodges sadly lacks.

I could go on, but I won’t. Instead, I may add a few links as I encounter them. (In the meantime, read more here.) The events in France in 2005 are certainly worth discussing, but as far as I can see, there’s little point in engaging in dialogue with neo-Nazis like Hodges about them.