[Source: Anarchism: Arguments For & Against]

The Fascist Objection to Anarchism

The fascist objection to Anarchism is, curiously enough, more honest than that of the Marxist, the liberal or the Social-Democrat. Most of these will say, if pressed, that Anarchism is an ideal, perhaps imperfectly understood, but either impossible of achievement or possible only in the distant future. The fascist, on the contrary, admits its possibility; What is denied is its desirability.

The right-wing authoritarian (which term includes many beyond those naming themselves fascists) worships the very things which are anathema to Anarchists, especially the State. Though the conception of the State is idealised in fascist theory, it is not denied that one could do without it. But the “first duty of the citizen is to defend the State” and it is high treason to oppose it or advocate its abolition.

Sometimes the State is disguised as the “corporate people” or the “nation,” giving a mystical idea of the State beyond the mere bureaucratic apparatus of rule. The forces of militarism and oppression are idealised (after the German emperor who said that universal peace was “only a dream and not even a good dream”). Running throughout right-wing patriotism is a mystical feeling about the “country”, but though Nazis in particular sometimes have recourse to an idealisation of the “people” (this has more of a racial than popular connotation in German), it is really the actual soil that is held sacred, thus taking the State myth to its logical conclusion. For the Anarchist this, of course, is nonsense. The nonsense can be seen in its starkest form with the followers of Franco who killed off so many Spaniards even after the Civil War was ended, while hankering for the barren rock of Gibraltar: especially in General Milan de Astrray, who wanted to kill off “bad Spaniards” and eradicate Catalans and Basques in the name of unitary Spain, thus (as Unamuno pointed out) making Spain as “one-armed and one-eyed, as the General was himself”.

Anarchism is clearly seen by fascists as a direct menace and not a purely philosophical one. It is not merely the direct action of Anarchists but the thing itself which represents the evil. The “democratic” media finally got around to picking up these strands in fascist thinking, ironing them out nicely, and presenting them in the “news” stories. Hitler regarded the Authoritarian State he had built as millennial (the thousand-year state) but he knew it could be dismembered and rejected. His constant theme was the danger of this and while he concentrated (for political reasons) attacks on a totalitarian rival, State Communism (since Russia presented a military menace), his attacks on “cosmopolitanism” have the reiterated theme of anti-Anarchism.

“Cosmopolitanism” and “Statelessness” are the “crimes” Nazism associated with Jews, though since Hitler’s day large numbers of them have reverted to nationalism and a strong state. The theme of “Jewish domination” goes hand in hand with “anarchist destruction of authority, morals, and discipline”, since fascism regards personal freedom as bad in itself and only national freedom permissible. Insofar as one can make any sense of Hitler’s speeches (which are sometimes deceptive since he followed different strands of thought according to the way he could sway an audience), he believed “plunging into Anarchy” of a country (abolition of State restraints) will lead to chaos, which will make it possible for a dictatorship other than the one in the people’s interests to succeed.

Hitler did not confuse State Communism with Anarchism (as Franco did deliberately) for propaganda purposes, to try to eradicate Anarchism from history. He equated Communism with “Jewish domination”, and the case against the Jews (in original Nazi thinking) that they are a racially-pure people who will gain conquest over helots like the Germans.

A “Master Race” must control the Germans to keep the rival State out. In a condition of freedom the German “helots” would revert to Anarchy, just as the racially “inferior” Celts of France threw out the Norman Nordic overlords (the Houston Chamberlain version of the French Revolution). Later, of course, when Nazism became a mass Party it was expedient to amend this to saying the Germans were the Master Race, but this was not the original Nazi philosophy, nor was it privately accepted by the Nazi leaders (“the German people were not worthy of me”). But they could hardly tell mass meetings that they were all “helots”. At least not until their power was complete. This idea that a whole people (whichever it was) can be born “helots” could not be better expressed as the contrary opposite of Anarchism, since in this case it would indeed be impossible.

This Nazi propaganda is echoed by the media today; “plunging the country into Anarchy would be followed by a Communist or extreme right-wing dictatorship” is current newspaper jargon.

To sum up the fascist objection to Anarchism: It is not denied the abolition of the State can come about, but if so, given economic, social, and political freedom, the “helots” — who are “naturally inclined” to accept subjection from superior races — will seek for masters. They will have a nostalgia for “strong rule”.

In Nazi thinking, strong rule can only come from (in theory) racially-pure members of the “Master Race” (something a little more than a class and less than a people), which can be constructive masters (i.e., the “Aryans”), or a race which has had no contact with the “soil” and will be thus destructive.

In other types of fascist thinking, given freedom, the people will throw off all patriotic and nationalistic allegiances and so the “country” will cease to be great. This is the basis of Mussolini’s fascism, and, of course, it is perfectly true, bearing in mind that “the country” is his synonym for the State and his only conception of greatness is militaristic. The frankest of all is the Spanish type of fascism which sought to impose class domination of the most brutal kind and make it plain that its opposition to Anarchism was simply in order to keep the working class down. If necessary, the working class may be, and was, decimated in order to crush Anarchism.

It is true of all political philosophies and blatant with the fascist one, that its relationship to Anarchism throws as clear light upon itself! 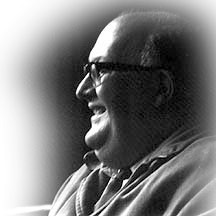 Tottenham born, Meltzer (born January 7, 1920 – died May 7, 1996) founded the Anarchist Black Cross — a now international support group for political prisoners — edited Black Flag and spent some 60 years in the Anarchist movement. He is perhaps best known for his commitment to the ideals of the Spanish Anarchist movement and the resistance to Franco. All this and he even managed to work for the Daily Telegraph! Although he could be a grumpy bugger, Meltzer is a great example of how to remain committed to your beliefs whilst still living your life – he came into the Anarchist movement as a young man surrounded by the old, and died in it an old man surrounded by the young. For an online version of Albert’s autobiography go here.

I live in Melbourne, Australia. I like anarchy. I don't like nazis. I enjoy eating pizza and drinking beer. I barrack for the greatest football team on Earth: Collingwood Magpies. The 2021 premiership's a cakewalk for the good old Collingwood.
View all posts by @ndy →
This entry was posted in Anarchism, Anti-fascism, History, State / Politics. Bookmark the permalink.