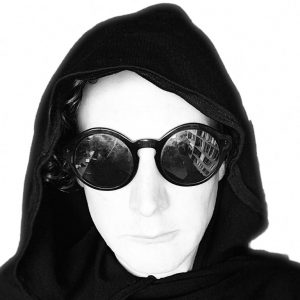 Recorded in our underground bunker somewhere under Melbourne, on this week’s episode of Yeah Nah, we talk to the highly-mysterious M R. X. Dentith [Twitter] about conspiracies, conspiracy theories, and the philosophy of conspiracy.

M is the author of The Philosophy of Conspiracy Theories (Palgrave Macmillan, 2014), the first single author, book-length treatment of the philosophical issues surrounding conspiracy theory, and the editor of Taking Conspiracy Theories Seriously (Rowman and Littlefield, 2018), an edited collection of the most recent work on Conspiracy Theory Theory. They’re also a podcaster, having produced almost 500 episodes(!) of The Podcaster’s Guide to the Conspiracy.

• Please note that the podcast version of this episode contains a longer discussion with M.
• You can listen to the podcast on Apple, Spotify and other platforms.
• We also have a Facebook page for the show, which you’re invited to ‘Like’ and to ‘Follow’.
• I have a Patreon account which youse are also invited to support.

I live in Melbourne, Australia. I like anarchy. I don't like nazis. I enjoy eating pizza and drinking beer. I barrack for the greatest football team on Earth: Collingwood Magpies. The 2021 premiership's a cakewalk for the good old Collingwood.
View all posts by @ndy →
This entry was posted in Anti-fascism, Media, State / Politics, That's Capitalism! and tagged 3CR, M R. X. Dentith, None Dare Call It Conspiracy, Yeah Nah Pasaran. Bookmark the permalink.