But a funny thing happened on the way to the cemetery… 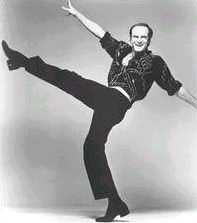 When the police
When the police come for me I go to Rio
De Janeiro, my-oh-me-oh
I go wild and then I have to do the Samba
And La Bamba
Now I’m not the kind of person
With a passionate persuasion for terrorism
Just communism
So I give in to the rhythm
And my feet follow the beatin’ of my hear-eart…

On March 17 in Brazil, Italian authorities, in collaboration with Brazilian and French authorities, as well as Interpol / Team America (Fuck yeah!), captured a leftist-terrorist-turned-crime-writer named Cesare Battisti, a former member of Armed Proletarians for Communism. Great name eh? (Italian PM Romani Prodi, on the other hand, is quoted as stating that Battisti was a member of the Red Brigades; ‘Leftist Italian militant arrested in Rio’, The Age, Reuters, March 19, 2007.) Battisti himself reckons that, while he was an armed proletarian fighting for communism, he never shot anyone, instead confessing that “I am guilty, as I have often said, of having participated in an armed group with a subversive aim and of having carried weapons. But I never shot anyone” (‘French police say Brazil has arrested Italian fugitive’, International Herald Tribune AP, March 18, 2007; also ‘Militant turned crime writer caught in Brazil’, Staff and agencies, Guardian UnLiMiTeD, March 19, 2007).

Having had his right to asylum in France revoked in 2004 by a right-wing gub’mint, Battisti fled to Brazil. To Rio. de Janeiro. My-oh-me-oh.

…Battisti was convicted in absentia and sentenced to life in prison in Italy in 1990 for the murders of a prison guard and a [fascist] butcher in the late 1970s. The conviction was confirmed by Italy’s high court in 1993. He is accused of being an accomplice to two other murders, including the killing of a police officer.

As it happens, the police officer in question, Luigi Calabresi, was considered responsible for the murder of Giuseppe Pinelli (October 21, 1928 — December 15, 1969), an anarchist, railway worker and activist with the Anarchist Black Cross; most recently under assault by Norwegian authorities. Calabresi was shot to death outside his home on May 17, 1972.

Of course, Pinelli’s murder served as the inspiration for not only a police murder — allegedly committed by Lotta Continua — but also a play: The Accidental Death Of An Anarchist by trouble-making, Nobel Prize-winning Italian playwright (and Leninist) Dario Fo. On January 22, 1997, three men — Adriano Sofri, Ovidio Bompressi and Giorgio Pietrostefani — were given 22-year sentences after being found guilty of his murder. Bompressi’s sentence was stayed on the grounds of ill-health, Pietrostefani was not ‘found’ by authorities (2003), while Sofri has become a cause célèbre. Read more about Il Caso Sofri here. An Amnesty International report on justice, Italian-style — including a reference to not only Sofri, but the police murder of Carlo Giuliani in 2001 in which the judge overseeing an inquiry into the murder “concluded that a pistol was the only means which the first officer had at his disposal to confront the demonstrators’ violent attack; that, after waving his pistol in warning, he had fired the fatal shot but had not aimed at Carlo Giuliani but into the air, and that the shot’s trajectory was deflected by a chunk of plaster thrown by a demonstrator” — is, um, here. You can also read one of Sofri’s essays ‘On Optimism’ here. Oh, and Fo talked a little about Il Caso Sofri in his Nobel Prize acceptance speech (December 7, 1997):

“Recently, I took part in a large conference with lots of people where I tried to explain, especially to the younger participants, the ins and outs of a particular Italian court case. The original case resulted in seven separate proceedings, at the end of which three Italian left-wing politicians were sentenced to 21 years of imprisonment each, accused of having murdered a police commissioner. I’ve studied the documents of the case – as I did when I prepared Accidental Death of an Anarchist – and at the conference I recounted the facts pertaining to it, which are really quite absurd, even farcical. But at a certain point I realized I was speaking to deaf ears, for the simple reason that my audience was ignorant not only of the case itself, but of what had happened five years earlier, ten years earlier: the violence, the terrorism. They knew nothing about the massacres that occurred in Italy, the trains that blew up, the bombs in the piazze or the farcical court cases that have dragged on since then.”

Pinelli’s arrest, one of a number of mass arrests following the bombing (which police immediately blamed on local anarchists) and subsequent murder by police 72 hours later (Pinelli was thrown from a fourth floor window at a Milan police station) was triggered by a bombing at the Piazza Fontana on December 12, 1969, which killed 16 people and injured 84 (or possibly 90). The bombing was conducted by members of the Ordine Nuovo (New Order), acting under the instructions of the Italian secret service, and was one of a number of fascist ‘outrages’ committed during this period in Italian history, the most bloody of which was the Bologna train station bombing on August 2, 1980, in which 85 people were killed and over 200 injured.

In 2001, Italian courts sentenced three men — Carlo Maria Maggi, Delfo Zorzi and Giancarlo Rognoni — to life imprisonment for the Milan bombing. “A fourth defendant, Carlo Di Giglio, who was alleged to have been a CIA informer at the time of the bombing, turned state’s witness and received immunity from prosecution” (‘Trio get life for 1969 Milan bombing’, CNNNN, June 30, 2001). CIA complicity in the case is not surprising, as it — and its predecessor the OSS — have been busy in Italy since the 1940s, doing what the CIA does best.

As it happens, the three fascists had their sentences overturned in 2004. As for Battisti, there’s still some possibility of his continuing to reside in Brazil, as it “has a long history of allowing political fugitives to remain in [the country], and the Supreme Court said Battisti could possibly escape extradition if he is granted political refugee status. But he would still face extradition if the high court concludes that the crimes he was accused of were acts of terrorism” (‘Brazil gives Italy 40 days to request extradition of fugitive’, International Herald Tribune, AP, March 20, 2007).

I live in Melbourne, Australia. I like anarchy. I don't like nazis. I enjoy eating pizza and drinking beer. I barrack for the greatest football team on Earth: Collingwood Magpies. The 2023 premiership's a cakewalk for the good old Collingwood.
View all posts by @ndy →
This entry was posted in Anarchism, Anti-fascism, History, Music, State / Politics, War on Terror. Bookmark the permalink.