Nutzis arrested in Croatia, Blue Max shot down, can the Strong Survive? 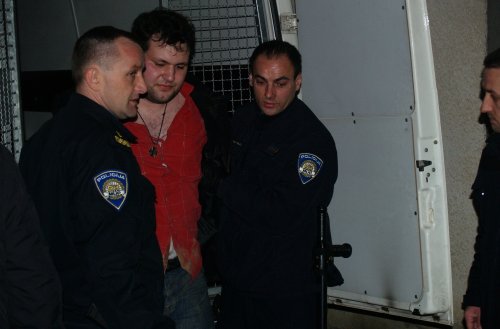 Bad news for fans of nazi muzak in Croatia, as a band with links to failed MMA clothing company Hoelzer Reich is arrested and another nutzi pop concert, organised by a fascist groupuscule known as ‘Hrvatskih Nacionalista’, is curtailed.

Zagreb – Authorities in Croatia have arrested and charged six people over an attempt to organize a concert of German neo-Nazi band, local media reported Sunday.

The band, Blue Max, were due to play in Krizevci, a small town in central Croatia.

The police banned the concert on Saturday night and arrested more than 30 people, including eight Germans and one Italian citizen.

The majority of arrested, aged between 20 and 30, were released after midnight, but six Croats were charged for displaying Nazi insignias, verbally assaulting police officers and not reporting the concert to authorities.

The concert was to feature two Croatian bands as well. – Sapa-dpa

The Italian d00d appears to be some loser named Mauricio Tromboni.

The gig was intended to feature German oom-pah band Blue Max and a group of local swastika-lickers called Strong Survive. Funnily enough, the SS was scheduled to release a split CD with Polish nutzi band The Gits and Belgian nutzi band Kill Baby Kill in October 2009; sadly, the lead shouter for KBK, Dieter Samoy, committed suicide last month, after being sentenced to two years jail for his role in beating a black man unconscious during an assault in Brussels in 2006. KBK came, saw and conquered Australia in 2008 — those responsible for organising the whirlwind tour have organised another knees-up to take place on the Gold Coast in April, just a few days prior to Adolf Hitler’s birthday. Given their hatred of blacks and propensity to assault them, wrong-coloured members of the public touring the Gold Coast are advised to be alert but not alarmed on the neo-Nazi Big Day Out.

As for Hoelzer Reich, Ed from “We’re not Nazis” Westwall is a member of a super group V – G – C Strikeforce, which includes:

V – G – C Strikeforce is project from German band Blue Max, Ed from BFG and Westwall and Croatian lads dedicated to expand patriotic music in Croatia conecting with Croats involved in patriotic scene around the world and spreading their message to our country, but also to introduce Croatia [tough?] music to world. 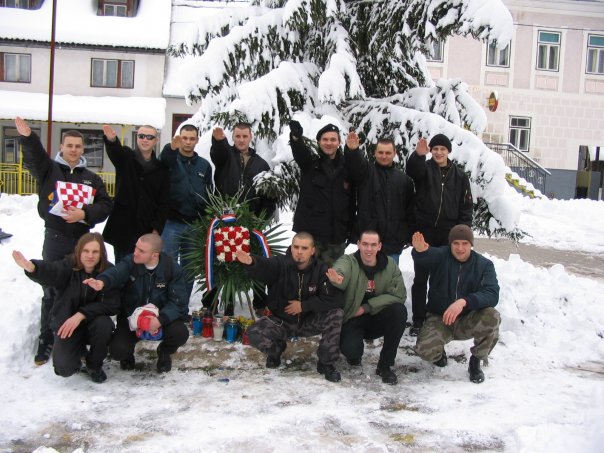 On the other hand…

I live in Melbourne, Australia. I like anarchy. I don't like nazis. I enjoy eating pizza and drinking beer. I barrack for the greatest football team on Earth: Collingwood Magpies. The 2023 premiership's a cakewalk for the good old Collingwood.
View all posts by @ndy →
This entry was posted in Anti-fascism, Music and tagged Blood & Honour, Blood & Honour Australia, Blood and Honour, Blood and Honour Australia, Blue Max, Croatia, Hold Fast Body Art, Justin O'Brien, Southern Cross Hammerskins, Strong Survive. Bookmark the permalink.

8 Responses to Nutzis arrested in Croatia, Blue Max shot down, can the Strong Survive?