Steve Ignorant : The Last Supper Tour Down Under

Update : Steve will be speaking about all things Crass, Conflict, his new-found love of the Collingwood Football Club and his new autobiography, The Rest is Propaganda, before taking to the stage at the Tote the following evening. Supported by A Commoner’s Revolt and Ducks in the Mud. At the Melbourne Anarchist Club (62 St Georges Road, Northcote) on Thursday night, June 16. 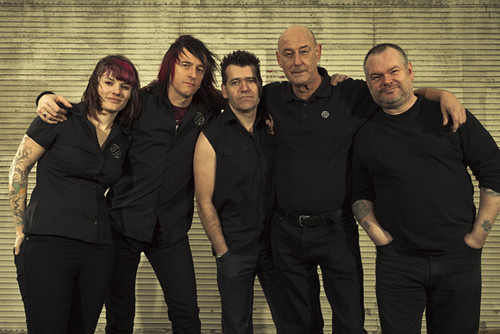 Orright. ‘Ere it is…

Steve will be performing with a full band (not the other members of Crass) and as well as featuring Crass songs there will be some rather special visuals. The touring line up includes Gizz Butt (guitar – Destructors, English Dogs, Janus Stark, The Prodigy, The More I See), Bob Butler (bass – The Tone, Schwartzneggar), Spike T Smith (drums – The Damned, Conflict, Killing Joke, Morrissey), Carol Hodge (vocals – Bad Taste Barbies, Synco, Electraglide) and of course Steve Ignorant (vocals).

Steve has also just published his autobiography, The Rest Is Propaganda, which tells the story of his upbringing in the wilds of East London, and how he escaped a life on the factory floor, formed Crass with Penny Rimbaud, and how Stephen Williams became Steve Ignorant.

Steve has a website ‘ere, a site for all things Crass is ‘ere, youse can read a review of The Story of Crass by George Berger ‘ere and Rich Cross looks at all that stuff what them done about anarcho-punk ‘ere.

PS. Course they fucking do!

I live in Melbourne, Australia. I like anarchy. I don't like nazis. I enjoy eating pizza and drinking beer. I barrack for the greatest football team on Earth: Collingwood Magpies. The 2021 premiership's a cakewalk for the good old Collingwood.
View all posts by @ndy →
This entry was posted in Anarchism, Music and tagged Steve Ignorant: The Last Supper Tour. Bookmark the permalink.

4 Responses to Steve Ignorant : The Last Supper Tour Down Under