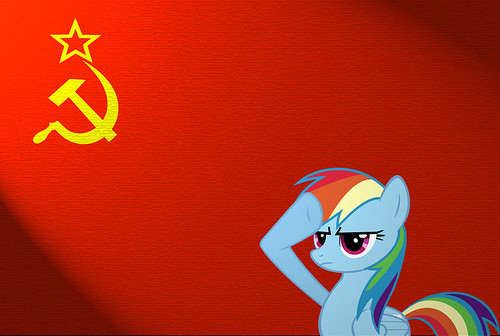 More than a few neo-Nazi sites have come under attack of late and the latest to join them is US-based american3rdposition.com (A3P). And whitenewsnow.com. And…

We put extra effort in ruining the life of A3P webmaster Jamie Kelso [JKS]. On top of being on the board of directors of A3P, former $cientologist, and high ranking Ron Paul organizer, he also is the account owner of german nazi forums and store nsl-forum.org, rhs-versand.com. We went ahead and wiped those websites off the internet as well, dumping private messages and order information. Aside from us releasing his information such as his social security number, address, resume and private discussions, we also heard some folks went on a joyride with Kelso’s credit card and made some lulzy purchases, including sex toy purchases and making donations to the Anti Defamation League and many others. Oops.

A3P is down right now but before it went [mirror] the colourful ponies responsible for the hackery-dackery-doo managed to collect some text for further analysis. Interested parties are invited to “utilize this information and make hell for these white nationalist scumbags. It is essential if we wish to live in a world free from oppression to expose and confront racists at their jobs, their schools, at their homes and in the streets.”

Leaving aside JKS’ links to the Ron Paul campaign, one rather odd exchange on A3P involves JKS, Jay of Melbourne and a KKKlown named Hobbit. Hobbit was for a brief period the other member of the Invisible Empire known as the CNKKKK. A few years ago its leader ‘Tina Greco’ was promoted by Carl D Thompson, Queensland-based neo-Nazi and supporter of the (US) National Socialist Movement. Then ‘Tina’ was ‘exposed’ as being Jewish. Or crazy. Or both. Who knows? See : nutzis are W E I R D : Tina Greco / CNKKKK (August 26, 2009). At about this time Jay of Melbourne also proclaimed himself a leader of the ‘Southern Cross Soldiers’ in Melbourne and he and Hobbit had a ding-dong battle on my blog regarding whiteness and truthiness which you can read here.

Supposedly, when Hobbit attended (or tried to attend) the Australia Day celebrations the SCS organised in Melbourne in 2009 he did so armed on account of “antifa”.

Anyway, over to Jay:

Subject: Re: Problematic PM
Date: Nov Thu 2010
To: Jamie Kelso ([email protected])
From: Jay Of Melbourne ([email protected])
Text: [quote=Jamie Kelso] Hello Jay, Thank you very much for messaging me with this. I haven’t had a chance to look at the link yet, but I’ll do that as soon as I send this PM to you. Let me just share with you the overally [sic] picture though, apart from any details of specific posts or PMs. The big picture is that WNN and TheWhiteRace.com are dedicated more than any other forums I know of to ending the counter-productive infighting that plagues our cause. I’m hoping to encourage you with this fact about WNN and TWR that our forums really WILL constantly work to stop infighting. Now, getting to the present moment, we will never be able to stop the little brouhahas that break out at the moment that they break out. There will always be a lag time before folks like myself, or Alexander Hamilton, or any of the other 63 Sr. Mods here get sufficiently aware of whatever turmoil is going on to end it. I hope then that you will continue to lend your talents to our work here, knowing that you (or anyone else) will not be subjected to endless infighting. I’m especially keen to see some sort of more friendly posting appear among our Australian brothers and sisters. And it would be great to see it start right here on WhiteNewsNow and TheWhiteRace. Whatever I can do to help this process along I am most eager to do. Australia and the Australians are crucial to the future of our cause. Thanks, pardon the brevity of this note, please PM back so we can fill in what I’ve missed here, Jamie

[quote=Jay Of Melbourne]Hi Jamie. First of all let me apologise for my part in the “unpleasantness” of late, that’s sorted though. Second I thought I’d better report this PM from Hobbit directly to you.

[Hobbit]So your into intelligence gathering eh,I`m more into hardcore militancy but then you already knew that.I was armed that day so was not worried bout being rumbled…talk to me offline…i dont care about ya real name or where ya live,just want to be totaly sure your not antifa…remember that day on SF when i mentioned creating a klan like group.well i have something in mind…cross between klan and IRA[/Hobbit]

He’s our problem in the real world and appropriate steps will be taken but this is your forum. If he’s trying bully people into meeting him for the purpose of… what I don’t know exactly, but it sounds dicey then [i]t’s something you should be aware of.[/quote][/quote]

Thanks for replying Jamie, hopefully Hobbit’s problems with “antifa” are all in his head and he’s not really going around armed waiting to gun someone down, as he’s suggested in subsequent PM’s to the one I alerted you to.

That was over two years ago and the “Klan” declared “War” on just about every man and his dog as I recall… LOL. “FDB” are a bunch of Lefty Lawyers and Journalists, numbering less than ten in number nationwide, as for “Anarchists”, I’d put their number at less than 100 and none of the ones I’ve ever com[e] across are “Antifa”, they’re mostly environmentalists and peace activists. There are extremists on both sides but I’ve never heard of any of the local Lefties doing anything more than throwing eggs and paint at people or rassling with the riot squad on occasion, his response seems a little over the top. I’m supposed to be taking a rest from the internet by order of the Mrs, my latest order of books has just arrived so I might concentrate on the input and less of the output for the moment. All the best and thanks again for the site, i’ll be back when I’m in a more positive frame of mind 🙂 Jay.

I live in Melbourne, Australia. I like anarchy. I don't like nazis. I enjoy eating pizza and drinking beer. I barrack for the greatest football team on Earth: Collingwood Magpies. The 2020 premiership's a cakewalk for the good old Collingwood.
View all posts by @ndy →
This entry was posted in !nataS, Anti-fascism, Broken Windows, Media, Sex & Sexuality, War on Terror and tagged american3rdposition.com, Anonymous, CNKKKK, Jamie Kelso, Jay of Melbourne, whitenewsnow.com. Bookmark the permalink.