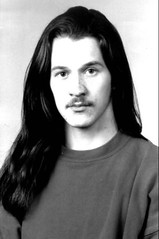 Many people who have been involved in the anarchist movement, anti-fascism or prisoner support will know the name Tomek Wilkoszewski. Tomek has been serving time since March 1996 when he was sentenced to 15 years in jail. Tomek was the victim of repeated aggression by [boneheads] who were terrorizing people in the town of Radomsko in Poland. When Tomek and others who had been repeatedly attacked decided to defend themselves, there was a fight one night and one of the [boneheads] got stabbed. The ambulance was so slow to get there that he bled to death. And they pinned the whole thing on Tomek.

Tomek was in his last year of a technical high school at the time – a teenager who had never been arrested before and was not prone to violence. Being he was from a poor family, he did not get proper legal representation. He did not admit stabbing anyone and the murder weapon was never sent to the laboratory for testing.

Since his arrest, Tomek got his diploma and was given a really crap prison job; he does it and is considered a “model prisoner”. Despite his good behaviour, he has been turned down for early parole twice. People from ABC have arranged a new lawyer and are collecting money to pay this expense so that Tomek has better chances when they hear his case in a few months. A little under $1,000 [US] is needed to pay for these legal fees.

In addition, we are asking for continued support for Tomek and where possible, for donations for when he is released. (We hope this will be sooner rather than later.) Our goal is to raise a minimum of 10,000 zloties – about $3,300 [US] to help Tomek when he is released.

Tomek may study when he is released or he may try to get a job. It will be a difficult task because he is an ex-con and there is high unemployment here. Whatever he decides, he’ll need some cash. He also needs to protect himself from the [boneheads] who probably want to get revenge on him. We believe that our help will make a tremendous difference for him and for his future. The fascists and the state have done a good job of destroying his life, but our solidarity can help him take it back.

If you’d like to read more about Tomek’s case, there is plenty of stuff on the net:

The English section of this page is a little out of date but has basic information. There are new appeals from ABC groups on the following sites:

WHAT YOU CAN DO

What can people do to help?

First, you can send this information to other people, publish it in zines or on your web site. Or post a link. If you are in a collective which is in a position to help with publicity or fundraising on some level, you can sign a list of international supporters.

It’s very important that in the case of prisoners who have been in jail for many years that people just don’t “forget” about them or think their case isn’t important anymore.

You can also send letters or zines or postcards or music to Tomek. Friends who visited him recently said that he was a little sad – so contact with the outside world would be really important. (It also impresses the prison authorities that people from other countries write.) Tomek has a computer but it’s a little old – he can see films on CD ROM (no weird formats!) or listen to music but not view DVDs. Recently he expressed an interest in exploring reggae music.

Tomek is trying to learn English all the time, so a letter (in simple English) is OK, as are postcards. Flat packages of printed matter up to 3-4 lbs. can go through as letters but anything bigger can be problematic.

The last thing is to organize a collection of funds for Tomek for when he gets out. Anarchist Solidarity and ABC Praga are collecting funds on this account:

We are organizing another collective fund with other ABC groups and an action with other organizations and will soon produce a page with information about fundraising efforts. We will keep people informed.

(US) “Justice” : In 1998, two prominent anti-racist skinheads, 24-year-old Lin Newborn and 20-year old Dan Shersty, were assassinated in a desert outside of Las Vegas. Ross Hack, who fled to Europe when he was identified as a suspect two [sic] years ago, has never been charged for his involvement in the murder. According to the defense attorney, Ross Hack has been on a “two-year vacation in Europe,” courtesy of his rich father.