[Update (April 30) : In just two days fascists will be gathering to march in Brisbane in support of Golden Dawn. Already over 350 people on Facebook have indicated they will oppose their presence. An antifascist from Melbourne writes:

I’m part of the anti-Golden Dawn collective in Melbourne, so I can’t make it to this but I just wanted to send my solidarity to you all.

I can tell you that from the point of view of Golden Dawn, how this march looks in Greece is very important to them. They want to convey to their supporters at home that they have support and sympathy around the world and disrupting that is paramount.

On the other hand, anti-fascists in Greece will also be watching and a failure for GD will further boost morale in their struggle.

The whole of Greece will be watching!

It appears that GD have outsourced the organisation of such rallies to AFP (Sydney and Brisbane being the “strongest” AFP support bases) for the time being. I believe they are wanting to organise something in Melbourne after this. Again, a figurative bloodied nose can help stop this or any other escalation of their public presence. 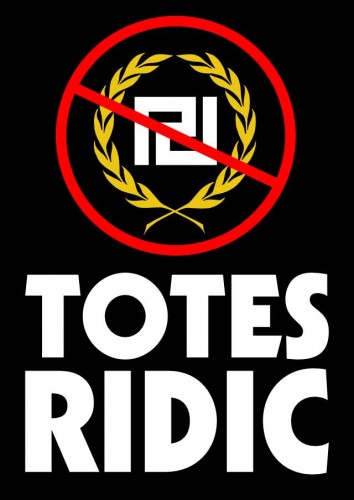 As noted previously, the Brisbane branch of the Australia First Party (AF) has organised a rally, march and picket in support of the Greek neo-Nazi organisation Golden Dawn (GD), which is currently the subject of a criminal investigation. “Of the party’s 16 MPs, 13 face charges of setting up a criminal organization and six of them, including party fuehrer Nikos Michaloliakos, are in pre-trial custody” (ekathimerini.com, April 25, 2014).

The Little Nuremberg rally is scheduled to begin at 11.30am on Friday, May 2 opposite The Greek Club in Musgrave Park and to include members of AF, GD, and various local nazis. Precisely how much support AF/GD have in Brisbane is unknown at this stage as the party has not held a public rally of this sort before. This may explain why AF spokesperson (and former One Nation Party candidate) Aaron Heaps has used the Stormfront website to implore every anti-Semite, neo-Nazi and White supremacist in Queensland to join him at Musgrave Park. Note that, according to a report recently released by the Southern Poverty Law Centre, “[n]early 100 people in the last five years have been murdered by active users of the leading racist website”.

Curiously, Musgrave Park is the site of the Brisbane Aboriginal-Sovereign Embassy; at the Invasion Day rally this year, a handful of AF members tried to disrupt proceedings. The choice of Musgrave Park as a rallying point — and the daft attempt to disrupt the Invasion Day march — suggest AF have few if any problems reminding local Indigenous peoples that this is (a) White Man’s Land …

In any case, over 250 people have now indicated they may join a rally to counter the fascist mobilisation. A Community Organising Meeting Against Racism and Fascism is taking place at 6pm on Wednesday, April 30 to discuss how best to respond to the nazi march. 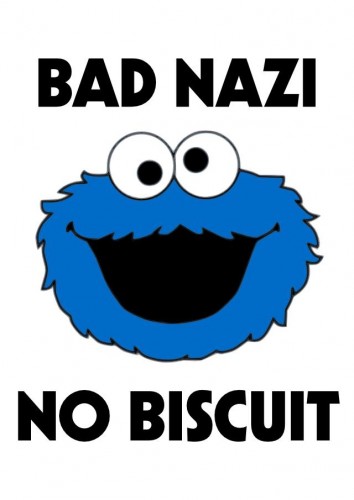 I live in Melbourne, Australia. I like anarchy. I don't like nazis. I enjoy eating pizza and drinking beer. I barrack for the greatest football team on Earth: Collingwood Magpies. The 2023 premiership's a cakewalk for the good old Collingwood.
View all posts by @ndy →
This entry was posted in Anti-fascism and tagged Australia First Party, Brisbane Aboriginal-Sovereign Embassy, Golden Dawn, Stormfront. Bookmark the permalink.